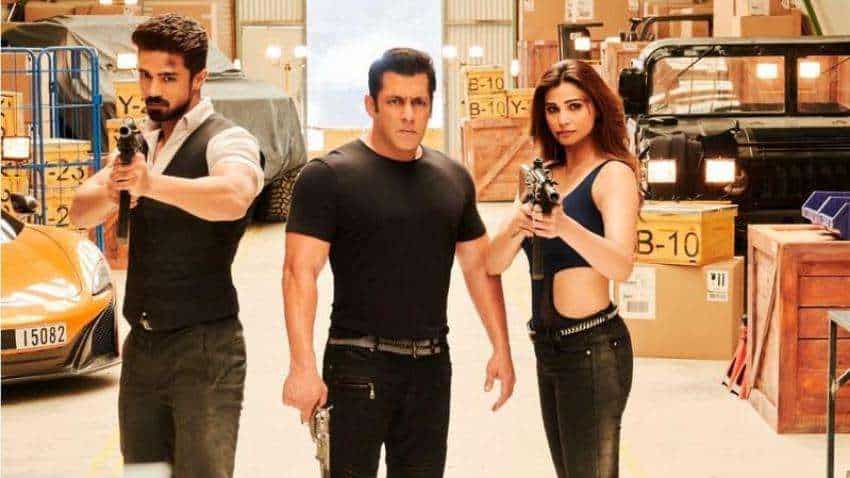 Race 3 release date coincided with Eid festival, which was as expected one of the patterns that Salman Khan follows for his many movies. Image source: Reuters
Written By: ZeeBiz WebTeam
RELATED NEWS

Race 3 box office collection: The Salman Khan starrer, which collected Rs 68.09 crore overseas is now the second highest overseas grosser of 2018 behind Padmavat. Notably, according to  Box Office Details website, 'Race 3' did a business of Rs 2.25 crore on its opening day in Pakistan. It beat popular movies like Avengers Infinity War' and the top Pakistani release, '7 Din Mohabbat Kay'.

The film, directed by Remo D'Souza, released eight days late in Pakistan after the government imposed a ban on the screening of Indian films two days before and one week after the Eid holiday period.

Race 3 release date coincided with Eid festival, which was as expected one of the patterns that Salman Khan follows for his many movies. Race 3 current collection now takes on Baaghi 2 which has managed to the highest collector so far in 2018. With Rs 154 crore collection, Salman Khan's Race 3 is nearing Tiger Shroff and Disha Patani starrer Baaghi 2 which has managed to earmark up to Rs 158.60 crore. However, both Race 3 and Baaghi 2 are still far away from Hollywood's Avengers 3 collection which was massive at Rs 224.08 crore in India.

For now, Race 3 has crossed the lifetime collection of Salman Khan's big hit Bodyguard (Rs 149 crore) and Dabang 2 (Rs 156 crore). Both the movies were released seven years ago so, the value perspective is much higher compared to now. Race 3 had a budget of 100 Crores and has now become a hit by crossing over Rs 150 Crores.