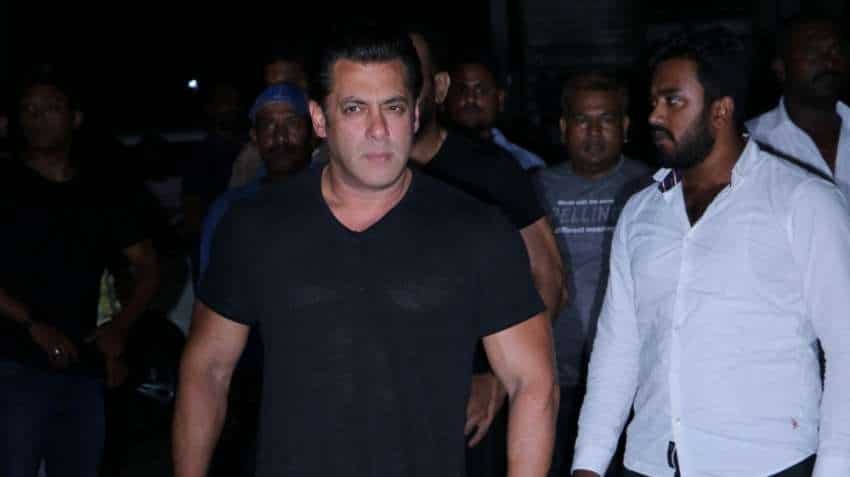 Actor Salman Khan at the special screening of his film "Race 3" in Mumbai on June 14, 2018. Photo: IANS
Written By: ZeeBiz WebTeam
RELATED NEWS

The current limelight in Bollywood would be Salman Khan starrer Race 3 which was launched on June 15. Salman Khan usually unveils his most of the movies coinciding with Eid festival and Race 3 was no different. The box office collection of Race 3 had its ups and down. The movie went well  in the first week of the release despite negative reviews from critics and audience. On it’s second Saturday, Race 3 received positive collection of Rs 5.5 crore on Saturday, which was better than collection than compared to Friday where dropped down to Rs 3.30 crore. So far in 9 days, Race 3 has managed to have a box office collection of Rs 153 crore which makes it a hit and also the highest opener in 2018. Looking at the performance of Race 3, it reminds us to look back to previous two Race movies which starred nawab Saif Ali Khan.

Race 2 which was launched on January 25, 2013 pocketed Rs 162 box office collection - among which Rs 94 crores was seen in India and remaining internationally. It had only Anil Kapoor and Saif Ali Khan as they repeated characters with new addition of John Abraham and actress like Jacqueline Fernandez and Deepika Padukone.

Compared to the above two Race movies, it can be said Salman Khan starrer Race 3 was much better hit than Saif Ali Khan in lead.

Apart from Salman Khan being the lead actor, Race 3 also had casts namely  Jacqueline Fernandez, Sonakshi Sinha, Anil Kapoor, Daisy Shah and Bobby Deol. Anil Kapoor is the only actor that has been featured thrice in Race movies.

Race 3 had a budget of 100 Crores and has now become a hit by crossing over Rs 150 Crores.

Now, the movie is expected to cross the mark of Rs 175 crore as there are no big releases until Rajkumar Hirani's 'Sanju' that stars Ranbir Kapoor.

As far as releases of 2018 are concerned Race 3 has done well. Salman Khan's latest movie has crossed the lifetime collection of Salman Khan's big hit Bodyguard (Rs 149 crore) and Dabang 2 (Rs 156 crore) would be crossed today. Both the movies were released seven years from now so, the value perspective is much higher compared to now.

Can this move earmark Rs 200 mark will be keenly watched in the midst of 'Sanju' movie release. It needs to noted that, getting a Rs 200 crore mark is not a difficult task for Salman Khan as he has the potential of even more than this level. His movies like Bajrangi Bhaijaan and Tiger Zinda Hai has given him best collection of over Rs 500 crore and Rs 200 crore respectively.

The content of all first two Race movies revolved around love, betrayal, family and war. The third one was also same, having an internationally mounted saga of a family that deals in borderline crime.

According to Bollywood Hungama, one just hopes though that there is Race 4 for sure, though a newer packaging with a different storyline would help the cause for sure. Also, if not Abbas-Mustan then the likes of Ali Abbas Zafar, Sanjay Gupta or Kabir Khan, who have an eye for action thrillers, are roped in for the film.

The report further added, needless to say, the return of Saif Ali Khan in the franchise could well do wonders for the film since he is the man associated with Race. That was pretty much visible from the fact that even though the actor is currently at the lowest ebb of his professional career, he gained immense goodwill during last couple of months the moment Race 3 promo arrived.

But if surely Race 4 making does comes on the table, one also needs to know the pattern of earlier ones. Saif Ali Khan took lead roll in first two and one can expect Salman Khan to follow the same in next Race movie as well. Considering Salman Khan also has the same pattern in movies like Dabang, Dabang 2, upcoming Dabang 3, Ek Tha Tiger and Tiger Zinda Hai.