On the day 1 of the release, Sanju movie broke the record of Race 3 (Rs 28.50 crore) and became the biggest opener of 2018. Now, Sanju collection in opening weekend is set to beat Salman Khan starrer  Race 3! 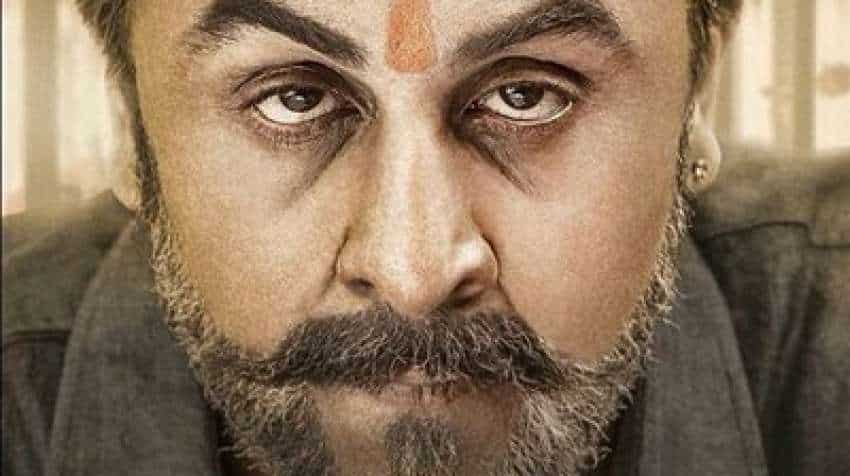 Sanju box office collection: A biopic on the life of Sanjay Dutt, ‘Sanju’ directed by Rajkumar Hirani starring Ranbir Kapoor is breaking all the records of 2018. The movie released on Friday and has already set theatres on fire. On the day 1 of the release, Sanju movie broke the record of Race 3 (Rs 28.50 crore) and became the biggest opener of 2018. Now, Sanju collection in opening weekend is set to beat Salman Khan starrer Race 3!

Sanju broke the record of Salman Khan starrer Race 3 by the difference of Rs 6.25 crore. It was an unexpectedly easy win against Salman Khan movie for ‘Sanju’.  Before Sanju, Salman Starrer Race 3 became the biggest opener of 2018. The movie was directed by Remo D’Souza and was a part of Race franchise. The movie released during the Eid festival and had the benefit of a holiday weekend and beyond. This led to the rise in the box office collection of the movie. The movie started well and earned Rs 103 crore in the first weekend. Not only the holiday weekend but also the stardom of Salman Khan helped it earn this big amount in a short time.

Sanju has performed fantastically at the box office in two days. The rich content, flawless acting and perfect direction have led to the big success of ’Sanju’. The release of the movie had no holiday weekends and yet it still managed to break the records of Salman’s Race 3. Two days after the release Sanju managed to catch hold of all the attention, kicking out Race 3, and earned Rs 73.35 crore which is a big amount. Race 3 meanwhile earned only Rs 65.5 crore in the first two days.

After the second day of the release, the movie still performed well. It is now estimated that ‘Sanju’ may again break the record of the weekend collection of Race 3. Race 3 managed to earn Rs 103 crore on the release weekend and Sanju has already crossed Rs 70 crores and the houseful signs at cinemas are the proof that movie will cross the mark of Rs 100 crore in 3 days.

A movie like Sanju, which doesn’t star big actors like Salman, Shahrukh, Amir or Akshay and yet does this well is a big achievement. And the reviews of the critics prove that the movie is doing great on its own power. Needless to say, it has just rejuvenated Ranbir Kapoor's career and will do wonders for Sanjay Dutt too.