Race 3 box office collection prediction: Salman Khan is back with his new Eid release and to all intents and purposes his star is shining and he is expected to power the take to over Rs 100 crore for the opening weekend 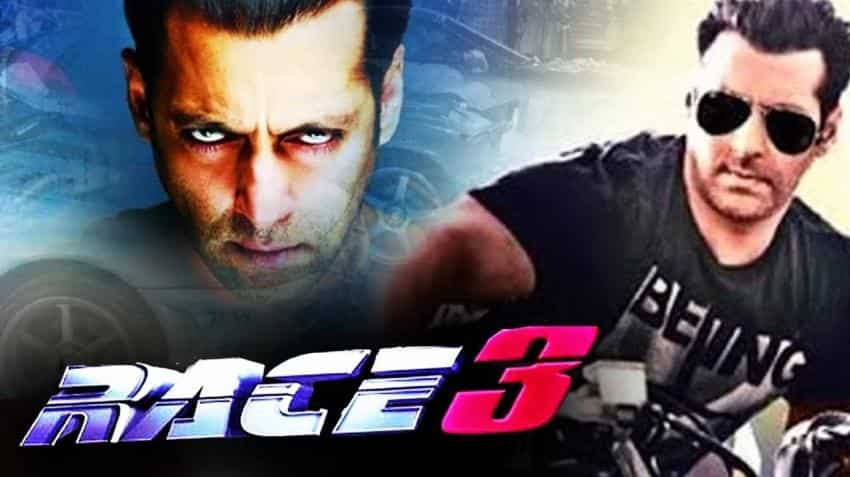 Race 3 box office collection prediction: Superstar Salman Khan is back with his new Eid release and to all intents and purposes his star is shining and he is expected to power the take to over Rs 100 crore for the opening weekend. And what of Race 3 collection on opening day? Salman is set to make a massive over Rs 30 cr statement, perhaps much, much more! With no competition in theatres, Race 3 will be cruising towards a massive total. Time and again Salman Khan has made Eid his own gateway to success year after year and this time is unlikely to be any different. Race 3 will release tomorrow, Friday, June 15, 2018 in as many as 4000 screens.

"Race 3 will make a minimum of Rs 30 Crore. So far the highest opening for Salman has been Sultan’s box office on Eid. The film made Rs 36.54 crore. Opening weekend for Race 3 will be big. A century at the box office by Race 3 doesn’t surprise me at all," trade analyst Akshaye Rathi told India.com. However, there are reports that are pushing up the Race 3 collection on day 1 as high as Rs 35 cr! Apart from Salman Khan, the film stars Jacqueline Fernandez, Daisy Shah, Bobby Deol, Anil Kapoor, Vicky Kaushal and yes, Sonakshi Sinha too!

In Race 3, Salman Khan has gone back to his roots of providing mega thrills-per-minute popular style. It is action packed and the young adults especially will be rivetted to the movie. Race 3 is releasing just half an year after another Salman film hit theatres, Tiger Zinda Hai.

Significantly, Salman Khan's highest opening day film on Eid was Sultan. Its collection was Rs 36.54 crore. Does Race 3 have the power to beat this amount? With Salman Khan, no one can really tell, but one thing that can really boost the take past that and ink a new record is word of mouth boost. If the movie stacks up to what it has been hyped up to be, then the word of mouth is going to make the film one explosive commodity!