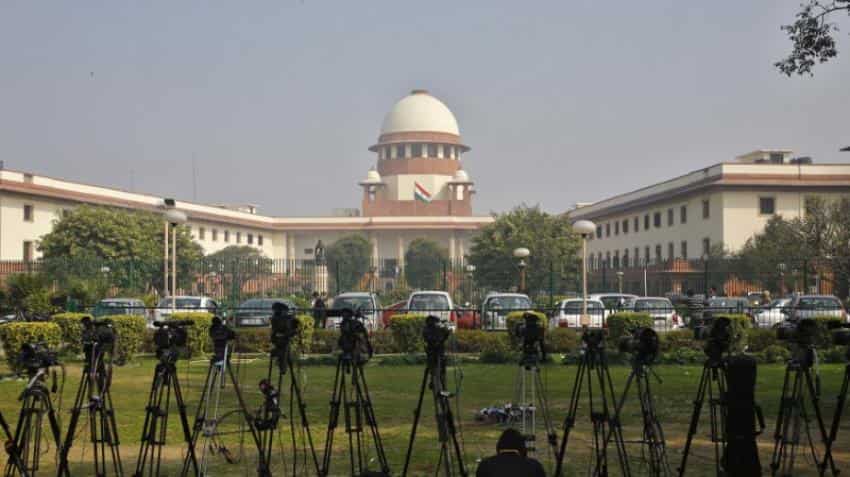 The Supreme Court (SC) gave this verdict while hearing Amrapali Sapphire Developers' case wherein 43 flat buyers had approached the court against the developer for delay in handing over possession of their flats. Image Source: Reuters

1. Flat buyers can come together to file complain against developers with NCDRC

2. The 43 buyers had complained against Amrapali Sapphire Developers to the Supreme Court for delay in handing over possession of their flats

3. As per the Consumer Protection Act, a plea can be filed in NCDRC directly only if the cost involved is more than Rs 1 crore

The Supreme Court (SC) announced on Tuesday that flat owners can now join hands and directly approach the National Consumer Disputes Redressal Commission (NCDRC) against real estate developers for delay in handing over possession of their flats, The Times of India reported.

The Supreme Court (SC) gave this verdict while hearing Amrapali Sapphire Developers' case wherein 43 flat buyers had approached the court against the developer for delay in handing over possession of their flats, cited the news report.

As per the Consumer Protection Act, a plea can be filed in NCDRC directly only if the cost involved is more than Rs 1 crore otherwise complainants begin at the district consumer forums.

Amrapali Sapphire Developers had taken shelter behind this rule to plead that 43 flat buyers who had together moved the apex consumer forum against it, were disqualified from filing such a joint plea before the NCDRC.

According to the report, the builder told a bench of Justices Dipak Misra, A M Khanwilkar and M M Shantanagoudar that the cost of each flat was way below Rs 1 crore, thus the owners were individually ineligible to approach the NCDRC directly.

"By joining hands, they have shown that the cost of their flats was above Rs 1 crore to maintain their plea in NCDRC, which was against the rule," the report said quoting the builder's counsel, as saying.

But the bench headed by Justice Misra saw through the builder's machination, which was to make the complainants approach district consumer forums and then the state consumer forums before finally coming to the NCDRC.

The bench understood that this was a bid to tire out flat owners and buy time for completion of delayed housing projects, the report added.

The report further noted that the SC's rejection of Amrapali Sapphire Developers' technical plea will come as a boon to middle-class flat owners, who find it easier to come together to fight rich realtors who have deep pockets and employ top lawyers to find legal loopholes to frustrate flat allottees from making claims against them.

On August 30 last year, NCDRC member Justice V K Jain had ruled in favour of the 43 flat owners in Amrapali Sapphire's housing project and said that they could form an association to achieve the pecuniary limit of Rs 1 crore for approaching the NCDRC directly, the newspaper reported.

Justice Jain had said, "Once it is accepted that a consumer complaint on behalf of more than one consumer can be filed by a recognised consumer association, it can hardly be disputed that it is the aggregate value of the services which has to be taken for the purpose of determining the pecuniary jurisdiction of the consumer forum before which the complaint is filed."

On the 43 flat owners' joint plea through an association, the NCDRC had said that if the aggregate value of services in respect of the flat buyers, on whose behalf this complaint was filed, was taken, then it exceeded Rs 1 crore and hence NCDRC has jurisdiction to entertain their plea.