Real estate players have welcomed the government's announcement of infrastructure statues to affordable housing in the real estate sector in Budget 2017. 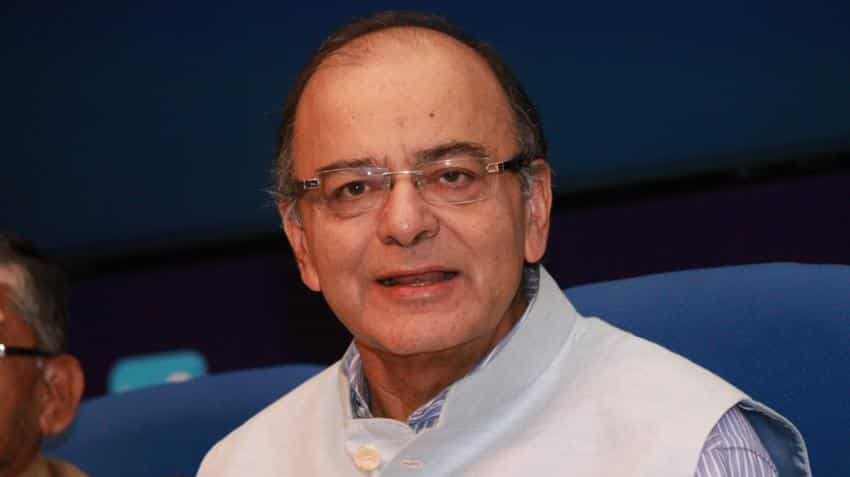 As the Finance Minister Arun Jaitley presented the Union Budget 2017-18 on Wednesday,  real estate companies have welcomed the budget outcome and see it the positive one for the industry.

FM Jaitley in the Union Budget 2017-18 has given infrastructure status to affordable housing.

Besides, the Budget 2017 has lowered the tenure for long-term capital gains tax from three years to two years, announced concessions in the income tax exemption scheme on affordable housing,  among others to the real estate sector.

Real estate developers have welcomed the Budget 2017 while some of them have called it as the progressive and balanced one.

1. "Budget has been good for the realty sector in general. Key reforms being the infrastructure status for Affordable Housing and lowering the tenure for long term capital gains tax to 2 years. Also, the incidence of tax for Joint Developments has been clarified which had given rise to a lot of litigations in recent times with the department,” says Ravindra Pai, MD, Century Real Estate

2. “The Union Budget 2017 continued in the same direction and came across as a very balanced and progressive budget. From the real estate sector perspective, the “Housing for all by 2022” initiative got a further boost through the coronation of Infrastructure status to the affordable housing segment. This will help lower the cost of borrowing, provide easier access to foreign funds like ECBs. Another initiative to promote affordable housing was that under the scheme for profit-linked income tax deduction, carpet area will now be counted instead of built up area of 30 and 60 Sq mtr. The time frame for completion of such units was also increased from within three  years of approval to five years. Also, the time-frame for long-term capital gain tax on properties has been reduced to two years from three years which should provide a major push for ready / near ready inventories,” says Kamal Khetan, Chairman and Managing Director, Sunteck Realty

3. “The announcement of affordable housing being given infrastructure status is a welcome move and will act as a catalyst to meet the objectives of 'Housing to all by 2022'. This announcement will also increase investment of private players in the affordable housing segment and bring the country closer in achieving PM Narendra Modi’s dream,” says Sujeet Bhansali, CEO, Playtor Childspaces

Finance Minister announcing the proposal to construct one crore houses for the homeless and increasing the budget allocation for Pradhan Mantri Awas Yojana (PMAY) will surely provide better options for the middle income group (MIG) and Lower Income Group (LIG) aiming to buy their first homes. The finance ministry’s interest subsidy schemes for the middle income group is indeed an innovative step to address the housing needs of the country,  Bhansali added.

Affordable housing getting infrastructure status is a progressive step towards resolving issues such as loan restructuring and funding costs, Mehta said.

5. “...by increasing the ambit of the scheme,  a key announcement of counting the carpet area instead of built-up area, for Affordable Housing of 30 (Metro) and 60 (rest of India) square meters, will broadly increase housing sizes and hence the scheme will now have a true impact on the sector. Also, the tax benefits period has been increased to five years which was three years earlier,” says Sandeep Singh Gaur, CEO, Sheltrex Developers

6. “Budget 2017 shows positive hopes for the real estate industry going forward....the granting of infra status to the affordable housing segment will mean lower borrowing costs for the sector and thus addresses the margin issues that private players in this segment face. These initiatives will boost the affordable housing segment and will help in Government’s mission of “Housing for All”,” says Chintan Sheth, Director, Sheth Corp

7. “Finance Minister impetus on housing for all by 2022 by way of given affordable housing an infrastructure status is indeed a welcome step and will bring in the momentum towards achieving the goal. The allotment of infrastructure status would also boost investment from private players in the affordable housing campaign. Capital gains on joint development agreement to be taxed only at product launch, 1 year tax exemption from national rental income from unsold inventory and reduction of long term capital gains tax period from 3 to 2 years provide respite to investors/ developers of real estate. This helps especially those holding real estate inventory/ stock,” says Gaurav Gupta, Director, Omkar Realtors

This is a great move to providing tax relief to developers in the residential sector. Also with banks having surplus cash to lend to the home loan seekers, doubling the lending target to Rs 2.44 lakh crore will bring in more buyers to invest in real estate, Gupta added.