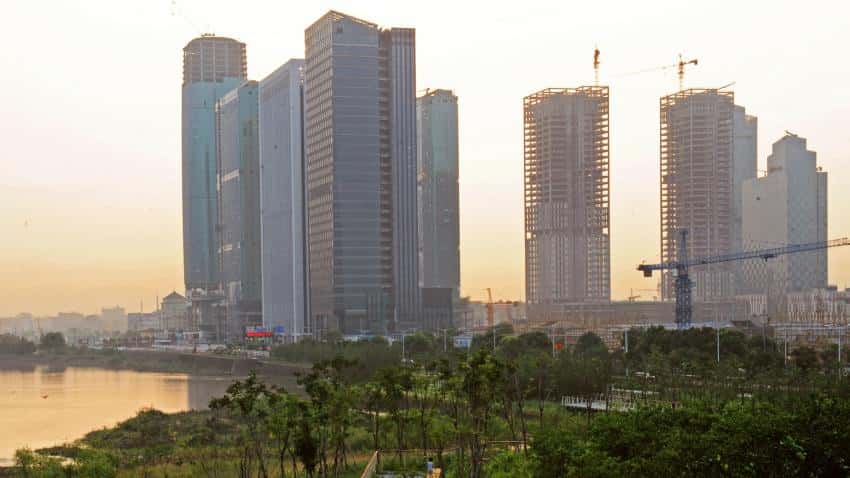 The first half of the year saw the clearing of inventories and sales started picking-up slowly and steadily with developers offering discounts during festivals like Gudi Padwa and Akshaya Tritiya. Image Source: IANS/Xinhua/Tan Jin
Written By: Tejal Yerunkar
RELATED NEWS

With sky-rocketing property prices and high home loan interest rates, first time home buyers faced hardships in buying homes in top metros of India in 2016 resulting in slowdown in demand and rise in unsold inventories but the new year is expected to bring some cheer for property buyers, say experts.

The first half of the year saw the clearing of inventories and sales started picking-up slowly and steadily with developers offering discounts during festivals like Gudi Padwa and Akshaya Tritiya.

ALSO READ: Three policies that may haunt or help real estate market in 2017

“The industry faced headwinds in terms of slow sales which was then followed by a reduction in project launches. Interest rates that were expected to come down stayed stubbornly high,” Gera Developments managing director and CREDAI-Pune Metro vice president Rohit Gera, said in latest press release.

However, it was the landmark year for the real estate sector as the government passed laws such as Goods and Services Tax (GST), Real Estate Regulation and Development Act (RERA) and Benami Transactions (Prohibition) Amendment Act, which are set to bring transparency and accountability into the realty in 2017.

Also, the government's latest announcement of demonetisation will help to curb black money being invested into properties, fall in interest rates and rise in sales going forward.

The rate cut by Reserve Bank of India (RBI) in 2016 brought a ray of hope amongst the buyers but the banks will also have to pass down the benefit to the home buyers to encourage the prospective buyers to move a step closer to purchase their dream home. Interest rate is one of the important factors as the equated monthly installments (EMI) is directly linked to it. Therefore, if the banks pass on the benefits and the EMIs fall, we feel the demand for the housing should witness momentum as far as buying new properties are concerned--Ashwin Sheth, CMD Sheth Corp

The RERA Act will strengthen the association between a buyer and a developer immensely. The act will consist of a registration mandate, and strong penalties will ensure that the home buyers feel secure about their investments and further enhance the residential sales. It will play a significant role of a supervising authority for any land or home deal that takes place. The policy initiated by the government will help propel the growth of the organized real estate sector going forward-- Navin Makhija ,Managing Director, Wadhwa Group

The government will take actions to back up the move of demonetisation. This may further create some amount of issues for some developers. However, the much awaited reduction in interest rates as well as benefits expected in the budget should help revive the industry over the next few months-- Rohit Gera, Managing Director, Gera Developments & VP, CREDAI – Pune Metro

The top five hotspots for residential property investment in the country in 2017 will  Mumbai, Bengaluru, Hyderabad, Ahmedabad and Chennai. These cities are more or less regulars on most hotspots lists, but there is a sound rationale behind their consistent performance year after year. Not only are these cities attracting new businesses and industry, their respective governments are also investing resources in building adequate infrastructure to attract capital-- Ashwinder Raj Singh, CEO – Residential Services, JLL India

The Benami Transactions Act will curb black money flow into real estate and also render holding of property under fictitious names a punishable offense. Budget 2015-16 further announced imposition of a heavy penalty on property transactions carried out in cash. This amendment promises to make incidences of unaccounted monies getting parked into real estate next to impossible—Anuj Puri, Chairman and Country Head, JLL India