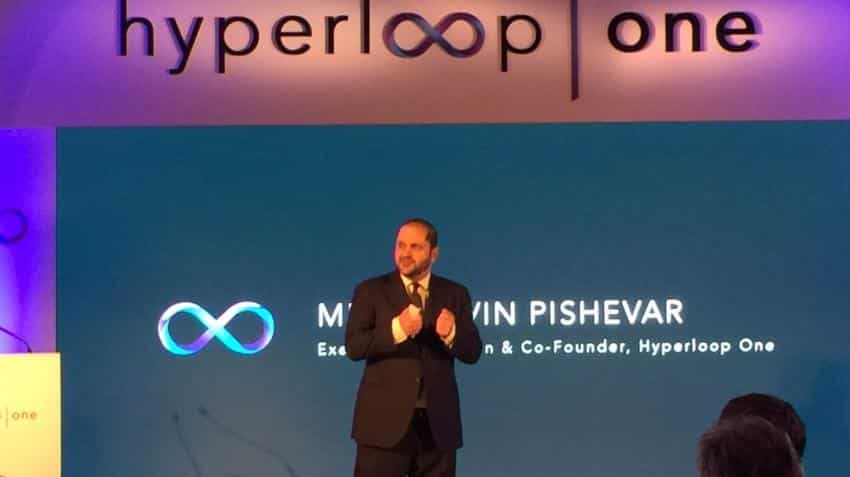 “India is an extremely important geography for developing Hyperloop networks and reimagining how cities and regions work. The Prime Minister’s vision of connecting the country is directly aligned with Hyperloop One’s objective of connecting the world. With initiatives such as ‘Make In India’ and ‘Digital India’, we do see ourselves working in this direction in India,” Shervin Pishevar, Executive Chairman of Hyperloop One said.

The routes that were unveiled in the presence of Railway Minister, Suresh Prabhu range from a span of 20 minutes to an hour, which were considerably less than its current travel time.

At the summit Pishevar revealed Hyperloop One Global Challenge (HOGC) semi-finalist teams from India among other countries to detail plans covering economical and policy aspects of their respective cities, regions and countries.

The routes are as follows:

1. Bengaluru-to-Chennai: The distance of 334 km to be covered in 20 minutes, Hyperloop One shortlisted ‘AECOM’ as one of the semi-finalists to work out the plan.

The company said this route would be meeting the demand of a passenger and freight super-corridor growing at 15% a year.

2. Bengaluru-to-Thiruvananthapuram: A distance of 736 km in 41 minutes, the company said as it connected two major ports in southern India with population centres of Coimbatore and Kochi.

The group awarded planning details of the route was LUX Hyperloop Network.

3. Delhi-to-Mumbai via Jaipur and Indore: Total distance of 1,317 km would be covered in 55 minutes with the build of this Hyperloop route. Dinclix GroundWorks has been shortlisted for the planning of this route.

4. Mumbai-to-Chennai via Bengaluru: The distance between the metros which covered a distance of 1,102 km would be completed in a span of 50 minutes. Hyperloop India will be working out the details for this route in a ‘phased development’ for freight and passenger transportation.

The company said that the route would boost capacity at ports of Mumbai and Chennai which creates a ‘Suez Canal-like’ link between India’s coasts.

“The HOGC received more than 2,600 registrants from 90 countries, and narrowed the field down to 35 semi-finalists across all continents with a potential pipeline worth $26 billion,” Hyperloop One added.