Civil Aviation Minister Suresh Prabhu has sought a report on the allocation of airport slots vacated by Jet Airways to other airlines, an official source said on Wednesday. 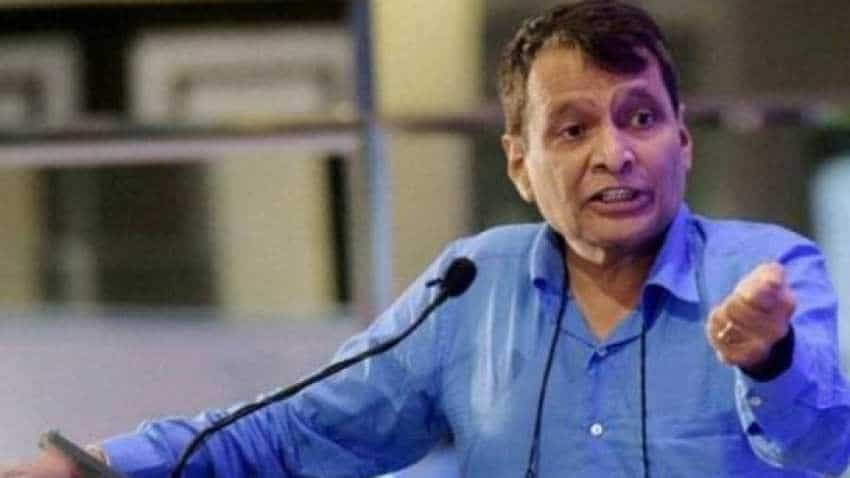 Civil Aviation Minister Suresh Prabhu has sought a report on the allocation of airport slots vacated by Jet Airways to other airlines. PTI

Civil Aviation Minister Suresh Prabhu has sought a report on the allocation of airport slots vacated by Jet Airways to other airlines, an official source said on Wednesday. In the wake of crisis-hit Jet Airways suspending operations, the ministry decided to allocate the vacant slots at the airports in the national capital and Mumbai to other carriers. The move is part of larger efforts to increase capacity amid recent surge in airfares. According to the source, the minister has asked Civil Aviation Secretary Pradeep Singh Kharola for a report on the Jet Airways' slots that have been allocated to other airlines so far. The report is to be submitted by May 11.

The development also comes against the backdrop of concerns raised in certain quarters about the process being followed in temporary allocation of Jet Airways' slots. The slots are being given to other airlines on an interim basis and decisions are taken by a committee set up by the ministry. Jet Airways has more than 440 slots at Mumbai and Delhi airports, a ministry official said last month.

As per the source, the minister has asked the secretary to ensure that all slot allocations have been made on an interim basis by following all applicable guidelines in a transparent manner. The source also said the minister has directed that a final decision on allocation of Jet Airways slots should not be taken till conclusion of the resolution plan that is being worked out by the airline's lenders. The State Bank of India-led consortium of domestic lenders to Jet Airways has already sought bids for the ailing airline, which shuttered operations on April 17 after it ran out of cash.
The list of final bidders is likely to be finalised this week.

On Wednesday, Jet Airways gave a clarification to the stock exchanges regarding reports that Atmosphere Airlines has submitted an expression of interest along with Naresh Goyal and four other companies.
"The bidding process is initiated by and managed by SBI Capital Markets Ltd under a resolution plan undertaken by a consortium of domestic lenders led by State Bank of India.
"The company is not involved in the bidding process and has no information with regard to same and is accordingly not in a position to comment," the airline said in a filing.