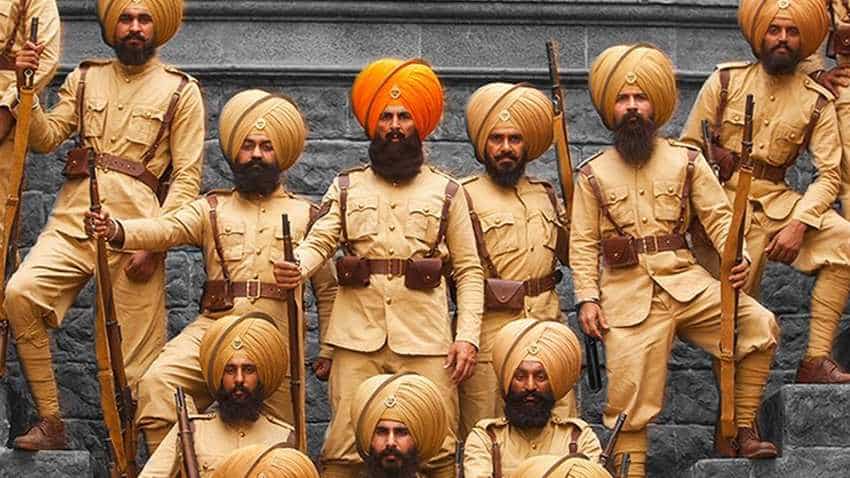 Kesari box office collection: Akshay Kumar and Parineeti Chopra starrer Kesari witnessed another decent weekend, adding to its already impressive collection, before some big releases hit the big screen soon. Kesari earned Rs 3.70 crore on its fourth weekend and crossed the Rs 150 crore mark on Sunday. With this, it became only the third film of 2019 to achieve this feat. The other two Bollywood films that crossed the figure were Total Dhamaal and Uri: The Surgical Strike. Kesari's collections are expected to dip this week the release of Kalank and Avengers: Endgame, the week after.

In another tweet, Adarsh gave a detailed account of how the film has performed at the box office so far. He tweeted that Kesari had collected Rs 105.86 crore in the first week, before adding Rs 29.66 crore and Rs 11.69 crore in the consecutive weeks. It took just three days to rake in Rs 50 crore, four days to earn Rs 75 crore and seven days to cross the Rs 100 crore mark. The film then slowed down and entered the Rs 150 crore club on 25th day of release.

Earlier, Adarsh had predicted that even though Kesari is steady, it would be interesting to see if it cross the Rs 150 crore mark. "Kesari is slow, but steady... Target Rs. 150 cr depends on how it fares in Week 3, when new films arrive, screens/shows get reduced and biz gets divided," he had tweeted.