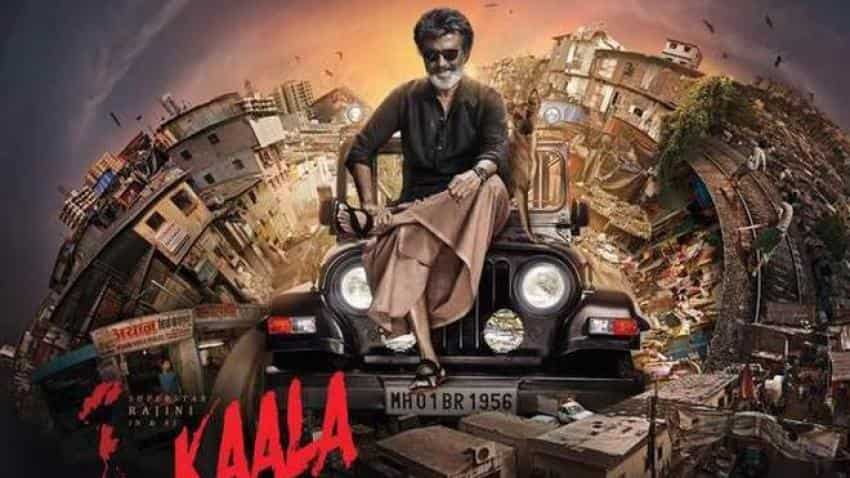 The Australia collection of Kaala, according to the latest report, stood at A$ 402,213 or Rs. 2.04 crore. Rajinikanth starrer becomes 2nd highest grosser of 2018 here. Image source: PTI
Written By: ZeeBiz WebTeam
RELATED NEWS

Kaala box office collection: Rajinikanth starrer Kaala has already reached a milestone. By the first weekend, the movie crossed the Rs. 100-crore mark. As usual, Rajinikanth remains the centre of attraction. It is a story where Rajinikanth fights against the evil of land mafia. Kaala revolves around a Mumbai slum and a tussle between its residents and land mafias. The movie has now entered the working week of its release and it is expected that it will keep on doing better. The movie on the opening day did not do well as there were some events that affected its viewership. The events like protests in Karnataka, monsoons in Kerala were the major reasons that the flick did not get the response that Rajinikath movies usually get.

However, the film earned Rs 3 crore in Chennai on the second day and also it crossed $1 millon in collection in the US. The Australia collection, according to the latest report, stood at  A$ 402,213 or Rs. 2.04 crore. Rajinikanth starrer becomes 2nd highest grosser of 2018  here.
Trade analyst Taran Adarsh in a tweet said, #Kaala is SUPERB in Australia... Emerges SECOND HIGHEST *opening weekend grosser* of 2018 [Indian films], after #Padmaavat..."