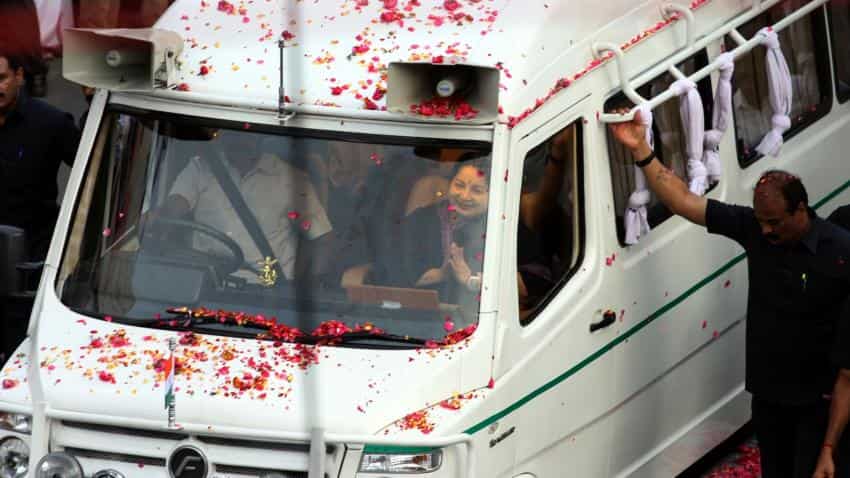 Tamil Nadu Chief Minister J Jayalalithaa, a popular leader who showered the poor with populist programmes and a pole in state politics for three decades, died here tonight at a private hospital after battling for life for the 75 days.

The 67-year-old leader, who suffered a massive cardiac arrest on Sunday evening, passed at 11:30 pm tonight, the Apollo Hospitals said in a statement.

Even as her death was announced, the AIADMK MLAs were meeting at the party headquarters to elect a successor to Jayalalithaa amid speculation that loyalist O Panneerselvam will fit into her shoes.

Jayalalithaa, who scored a historic win in the assembly elections in the state little over six months ago, was admitted to Apollo Hospitals on September 22 with fever and dehydration but she could never recover.

Deeply saddened at the passing away of Selvi Jayalalithaa. Her demise has left a huge void in Indian politics.

A tinsel heroine, who inherited the legacy of her mentor late MGR, had entered politics in the early 1980s as the propaganda secretary of AIADMK and was made the incharge of the noon meal scheme undertaken by the MGR government.

Born in a Brahmin family, Jayalalithaa emerged as a fiesty leader in a state where forces of social justice had thrown up an anti-Brahmin political movement even before independence.

She practised politics on her own terms and was one of the two poles in the state for nearly 30 years fighting the DMK headed by redoubtable M Karunanidhi.