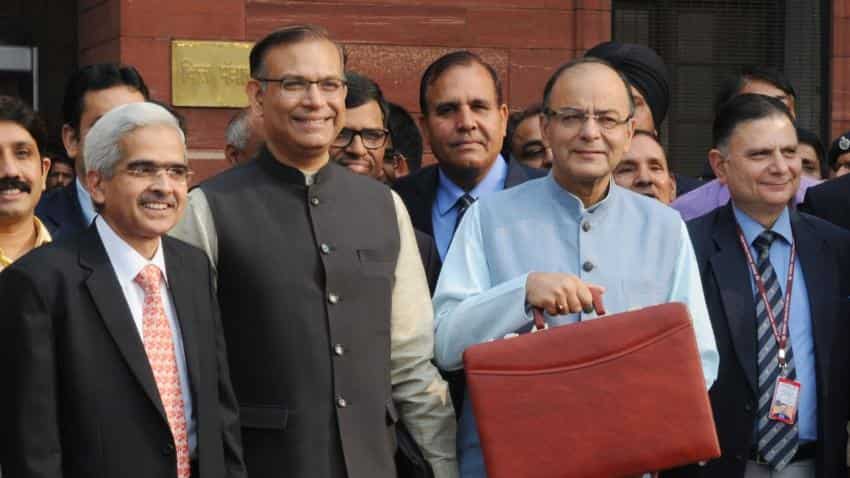 "Domestic investments are also important and currently resident investors are taxed at twice the rate than non-residents. This is an anomaly which we felt should be removed," Nasscom President R Chandrashekhar said. Image Source: IANS/PIB

IT and Telecom industry bodies have sought measures in the upcoming Budget 2017-18 to promote ease of doing business, incentives for research and development (R&D) investments and push for domestic manufacturing.

"Our main focus is on ease of doing business and level playing field. Important backdrop of our suggestion was that the industry does face headwinds globally because of protectionism and anti-globalisation forces in different country," Nasscom President R Chandrashekhar told reporters after a meeting with Finance Minister Arun Jaitley.

He said Nasscom has sought reduction in safe harbour margin which is very high at 25-30%, extension of R&D benefits to IT sector, clarity on cut in corporate taxes from 30 to 25% and support for small and medium-sized enterprises (SMEs) and start-ups.

"Domestic investments are also important and currently resident investors are taxed at twice the rate than non-residents. This is an anomaly which we felt should be removed," said Chandrashekhar.

Nasscom also flagged concerns over the procedural aspects in Goods and Services Tax (GST) with regard to place of provision of service, valuation, tax on intra-company supply of softwares which was never done earlier.

ALSO READ: Cabinet may consider Budget on February 1 this week

"Place of Effective management is applicable from April 1, 2016 but guidelines have not been issued. We have requested that its implementation should be done prospectively and industry should not be impacted by it," he said.
Mobile industry body Indian Cellular Association proposed differential tax structure for five component categories.

"We have sough direct tax benefit based on value addition. This year in the phased manufacturing programme, five more components have been recommended which have to brought out of zero duty. These include mic receiver, mechanics, USB cable, keypads," ICA National President Pankaj Mohindroo said.

Out of 21 sub-components and assemblies, three were addressed in last year's budget and five more have been recommended for this year.

"We have requested for imposition of duties on all non-ITA items and differential duty on all ITA-1 items," Telecom Equipment Manufacturers Association Chairman NK Goyal said.

"Last year only three customer premise equipment were included under differential duty. Major products were excluded. How can industry go with partial relief? We have demanded that incentive should be given companies for minimum 15% value addition in India," Kunkolienker said.

India to be able to present Union Budget around February 1: Shaktikanta Das