The Cabinet has also given its permission to the merger of the Plan and the Non-Plan classification in the Budget and Accounts. 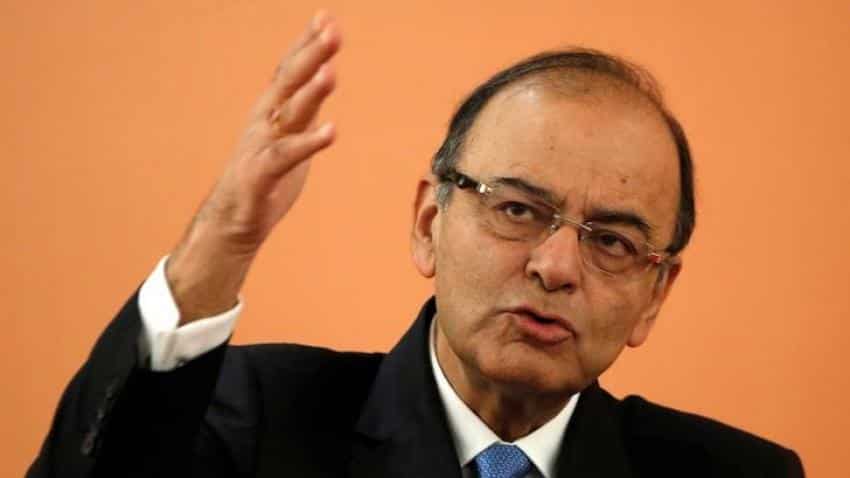 The government would need about 8-9 weeks for completing the budget process in Parliament. Photo: Reuters
Written By: PTI
RELATED NEWS

Looking at advancing the date of Budget presentation to February 2 or even earlier, the Finance Ministry on Thursday briefed a Parliamentary panel on the proposed change as also the government's decision to merge railway budget with general budget.

Explaining the objective behind the proposed budget reforms, sources said, Finance Secretary Ashok Lavasa informed the members of the Parliamentary Standing Committee on Finance of different aspects of the reform process.

As per the practice, the general budget is unveiled in Lok Sabha on the last working day of February.

Lavasa answered queries of members about the pros and cons of merging the Union and Railway budgets. Some members raised queries about the fate of dividend received by railways from its PSUs, sources said.

Railway Board Chairman is scheduled to brief the panel headed by former Union Minister and senior Congress leader Veerappa Moily on October 21.

As per the sources, Finance Ministry is contemplating to present the general budget between January 30 and February 2 with a view to completing the whole process by March 31.

The ministry said that advancing budget presentation date assumes significance as the GST would be implemented from the start of the new financial year from April 1, 2017, they added. There is uncertainty about the revenue collection of the central government as there could be teething problems in the initial phase of the Goods and Services Tax (GST) roll out.

The government would need about 8-9 weeks for completing the budget process in Parliament.

As per government's plan, the budget could be presented latest by February 2 and then Parliament would go in for recess around February 10 and meet again around March 10.

Thereafter, the parliament would have time to discuss and pass the Budget and Finance Bill by March 31, the last day of the financial year.

The Cabinet last month approved the Finance Ministry's proposal on landmark budgetary reforms relating to merger of Railway Budget with the General Budget and the advancement of the date of presentation from the last day of February.

The Cabinet has also given its permission to the merger of the Plan and the Non-Plan classification in the Budget and Accounts.

The presentation of separate Railway budget started in 1924, and has continued after independence as a convention rather than under Constitutional provisions.