The lavender coloured notes were unveiled last year in July under the Mahatma Gandhi New Series. 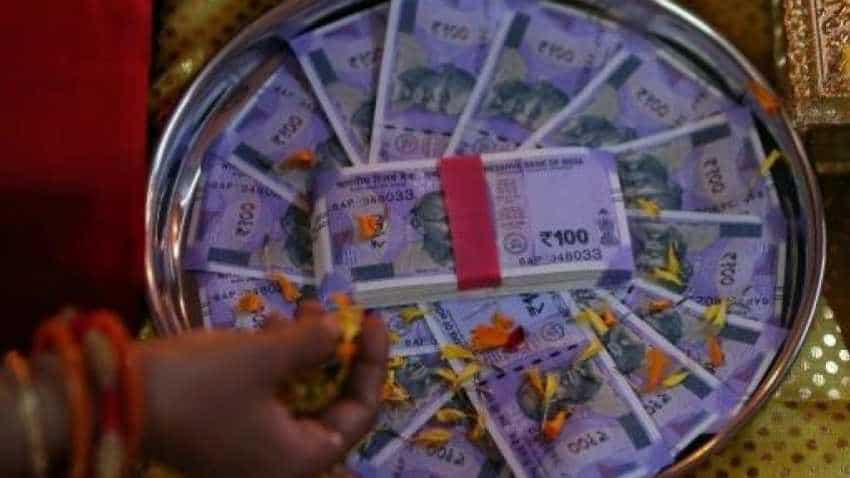 Every Indian rupee note has certain salient features that one needs to look out for to differentiate it to be a real note. Photo: Reuters
Written By: ZeeBiz WebTeam
RELATED NEWS

Demonetisation was a step taken by the Modi government to curb black money. Post demonetisation, almost all the Indian currency notes underwent a makeover and among them was the revamped version of the Rs 100 note as well. The lavender coloured notes were unveiled last year in July under the Mahatma Gandhi New Series.

But there is still the looming doubt of holding a fake note in your hands. Fake notes or counterfeits are nothing but illegal duplicates or imitation of one's legal currency notes. An individual can end up receiving a fake note through ATM's, misprint of the currency notes, from shopkeepers and vendors. This circulation of counterfeits in the economy fuels black money.  So, how will one recognize if the note in their wallet is a genuine printed note.

According to the Reserve Bank of India, every Indian rupee note has certain salient features that one needs to look out for to differentiate it to be a real note. For the new denomination of Rs 100 note, the RBI lists down the following characteristics the note should have to be authentic:

1. See through register with denominational numeral 100.

4. Portrait of Mahatma Gandhi at the centre.

6. Windowed security thread with inscriptions ‘भारत’ and RBI with colour shift; Colour of the thread changes from green to blue when the note is tilted.

8. Ashoka Pillar emblem on the right.

10. Number panel with numerals in ascending font on the top left side and bottom right side.

1. Year of printing of the note on the left.