Karti Chidambaram was arrested on February 28 at the Chennai airport on his return from the UK, in connection with the FIR lodged on May 15 last year alleging irregularities in the Foreign Investment Promotion Board (FIPB) clearance to INX Media for receiving overseas funds to the tune of about Rs 305 crore in 2007 when his father was the Union finance minister. 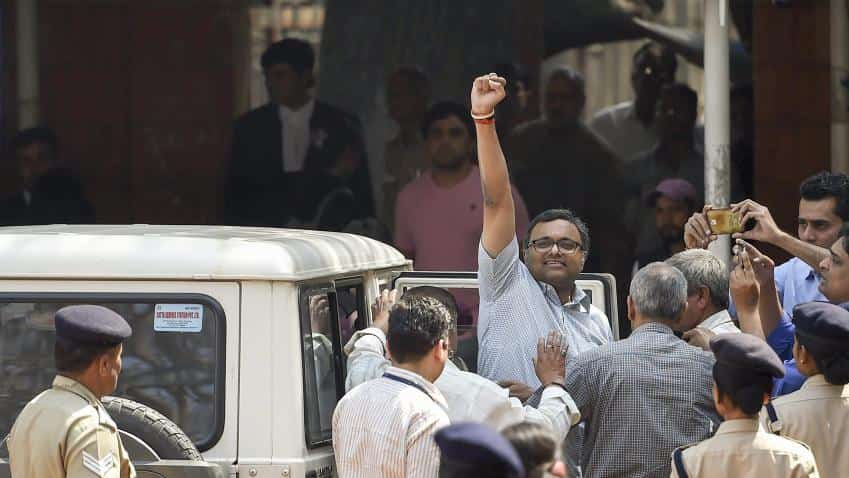 The Delhi High Court today granted interim protection from arrest to Karti Chidambaram, son of senior Congress leader P Chidambaram, till March 20 in the INX Media money laundering case registered by the Enforcement Directorate (ED). A bench, comprising Justices S Muralidhar and I S Mehta, who heard the matter in a packed courtroom from 10.30 AM to 1.15 PM, also made it clear that if the special court grants Karti Chidambaram bail in the corruption case the CBI has registered against him, the ED will not arrest him till the next hearing before the high court.

The court said that if the trial court decides to grant bail to Karti Chidambaram in the CBI case, then it may impose conditions such as the accused shall appear before the ED as and when called for the investigation and cooperate in the probe. He may also be directed not to leave the country and surrender his passport, the high court said.

While granting the protection, the court said that it was yet to decide the Constitutional validity of section 19 of the Prevention of Money Laundering Act which deals with the power of arrest of the ED under the statute. P Chidambaram was present in the courtroom throughout the hearing.

Karti is under the custody of the CBI which produced him today before a special court here and has sought his further custodial interrogation for six more days.

Karti had yesterday moved the high court after the Supreme Court had allowed him to withdraw his writ petition against the ED summons with a liberty to take urgent redressal before the high court.

He had approached the apex court seeking directions to declare that the ED has no jurisdiction to conduct any investigation unrelated to the allegations in the FIR lodged by the CBI on May 15, 2017.

He had also sought the quashing of summons and all the proceedings initiated by the ED, terming it "unreasonable, without jurisdiction, without authority of law, in colourable exercise of power and vitiated by malafides".

Karti was arrested on February 28 at the Chennai airport on his return from the UK, in connection with the FIR lodged on May 15 last year alleging irregularities in the Foreign Investment Promotion Board (FIPB) clearance to INX Media for receiving overseas funds to the tune of about Rs 305 crore in 2007 when his father was the Union finance minister.

The CBI has alleged that Karti received Rs 10 lakh as bribe for the FIPB clearance. The apex court had on February 23 refused to stay the summons issued by the ED against Karti.

The ED had registered a case against him and others in May last year. It had registered an enforcement case investigation report (ECIR), against the accused named in the CBI complaint. These accused included Karti Chidambaram, INX Media and its directors, Peter and Indrani Mukerjea.