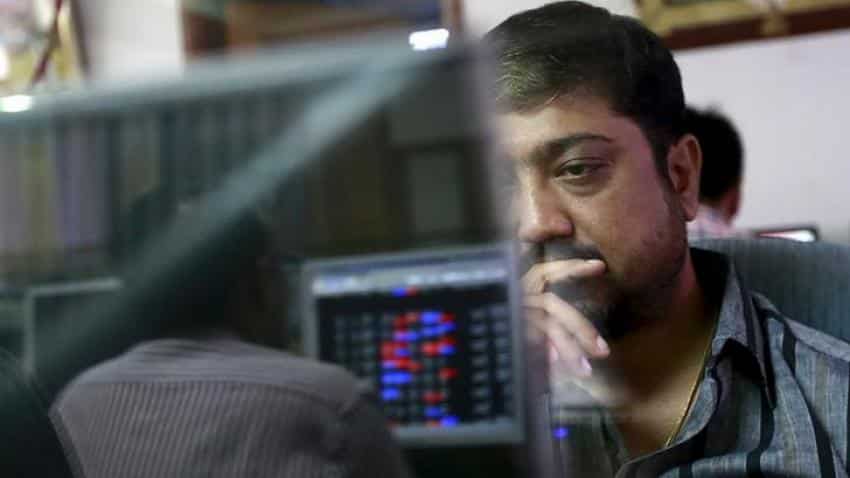 Domestic markets on Tuesday opened flat as investors to remain cautious ahead of GDP numbers.Today, Central Statistics Office is set to unveil the estimate for Gross Domestic Product (GDP) growth for 2016-17 after considering the impact of demonetisation in the December quarter.

ONGC: As per the media reports, state-owned Oil and Natural Gas Corporation (ONGC) may acquire India's third-biggest fuel retailer HPCL in an about Rs 44,000 crore (USD 6.6 billion) deal as part of the government's plan to create an integrated oil giant.

Idea Cellular: A subsidiary of Providence Equity Partners is selling its 3.3% stake in Idea Cellular Ltd for at least $190 million, according to a deal term sheet seen by Reuters.

The Providence unit, P5 Asia Investments (Mauritius) Ltd, will sell about 120 million shares in the mobile carrier on Tuesday in a price range of 106.5 rupees ($1.60) to 114.55 rupees a share, the term sheet showed.

Banking stocks: Banking shares likely to take a hit as around 10 lakh bankers ranging from officers to clerks -- belonging to the nine unions to join the strike today, to demand the recovery of bad loans and criminal action against wilful defaulters -- rather than creating a separate entity to handle this.

On global front, Asian shares edged up, bolstered by gains on Wall Street as investors awaited a speech by US President Donald Trump for signals on tax reform and infrastructure spending, as reported by Reuters.

MSCI`s broadest index of Asia-Pacific shares outside Japan was up 0.1% in early trading, while Japan`s Nikkei stock index got a tailwind from a weaker yen and gained 0.7%, the report said.