As Republican Nominee Donald Trump was elected as the 45th US President, Indian IT stocks reacted adversely as it meant more uncertain times for the sector is closely connected with the US market. 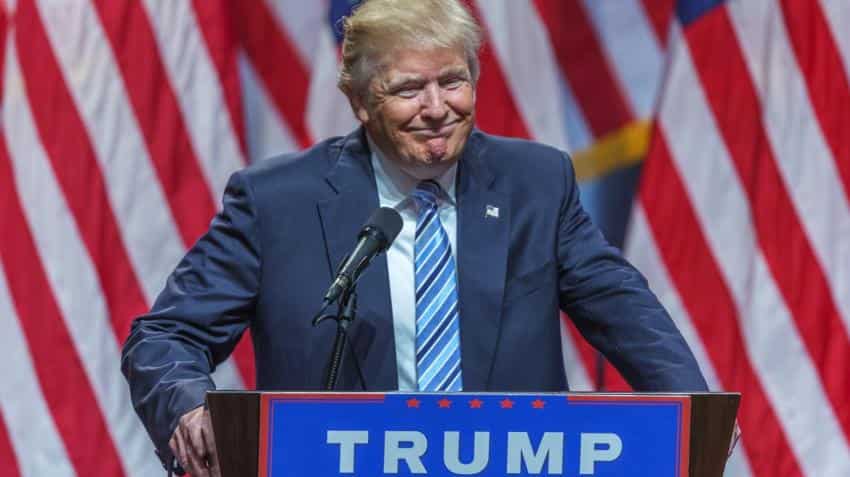 The fears of many around the world came true when Republican candidate Donald Trump won the US election to become the 45th President of the country by beating popular choice Hillary Clinton. However, being the unpopular choice due to his stance on issues such as immigration and adopting a close door policy many sectors had taken this news negatively.

The shares of IT companies with huge exposure to the US market plunged up to 9.5% on Wednesday after Donald Trump beat Hillary Clinton in the knife-edge polls, defying the odds to become the 45th US President.

Following the deep fall in these stocks, the BSE IT index dipped 3.47% during the afternoon trade.

Arup Roy, Research Director, Gartner said that the Indian IT sector must now brace for further troubled times ahead. “Now with Donald Trump, administration will add to the industry’s woes. Trump administration's protectionist views would have further dampening impact on growth prospects, if the views were to crystalize into some serious policy implementations. However, what happens during campaigns and what actually transpires in office can vary greatly and we did get early signs of that in his victory speech, but at minimum it is headline risk and adds to the uncertain times,” he said.

He said this will pile up the IT sector's woos that has had to deal with cyclical challenges (due to changes and shifts in financial services, healthcare verticals) as well as secular challenges (ie, cloud shift, automation, pricing pressure, insourcing) impacting revenue growth.

Similarly, Mustafa Nadeem, CEO, Epic Research said that as far as sectors are concerned, the major impact will be on IT. “The IT sector is already struggling with reduced spending, now the views voiced by President regarding bringing back jobs to the US again will create more trouble for the already nervous sector.”

"As it is going to be Donald Trump presidency, it is negative for the IT sector because he is in the camp which is likely to bring tightening in outsourcing," said Rohit Gadia, CEO, CapitalVia Global Research.

However, IT trade association the National Association of Software and Services Companies (NASSCOM) was the only one that was optimistic about Trump being elected as the US President and what it means from the Indian IT sector.

“We are optimistic that President-elect Trump’s administration will focus on making the strategic relationship with India a high priority including providing a boost to US India bilateral trade and investment. He had recently said that, if he is elected, the U.S. and India would be “best friends,” adding that “There won’t be any relationship more important to us,” Nasscom said in a press statement.

It also dismissed the fact concerning his stance on high-skilled immigration and outsourcing, saying that these “were based on fabrications put out by critics of the sector”.

“NASSCOM and leaders of the Indian IT industry look forward to working with him and his administration and leaders of the House and Senate to highlight our sector’s contributions to the U.S. economy and help ensure that they understand these facts as well as the depth of our investments,” it added.