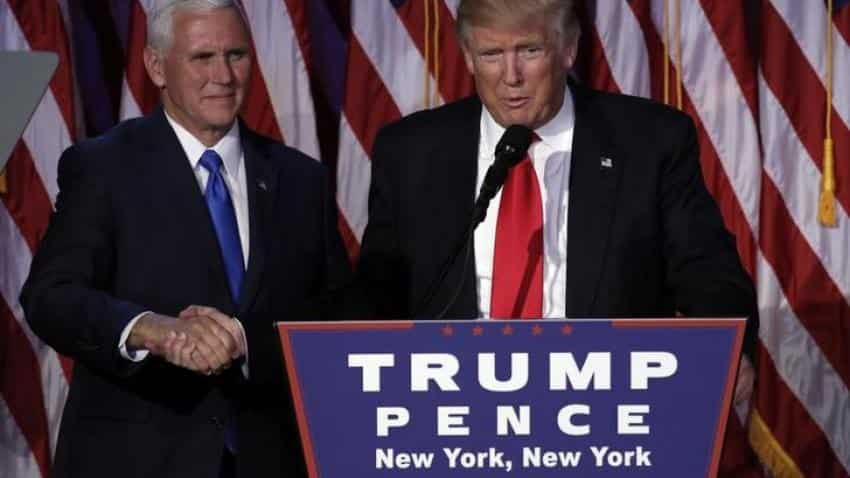 Trump took the lead in majority of states including Florida, Ohio and Texas which tipped the scales in his favour.

The Associated Press and Fox News projected that Trump had collected just enough of the 270 state-by-state electoral votes needed to win a four-year term that starts on January 20, a report by Reuters said.

However, Indo-US relations would withstand any change in leadership as there is a ‘comfortable’ working-level relation between the two governments and militaries, HDFC analysts Abheek Barua, Tushar Arora and Tanvi Garg said in a report dated November 4.

On the three policies that would determine the nature of relations between the two countries, Trump has remained muted or diplomatic.

In matters of trade with India:

Donald Trump’s stand on trade policy relations has been ‘hawkish’ with the –‘America first policy,’ however the analysts pointed out that this was not India specific.

Also Read: Europeans are terrified of a Trump win

Trump has made statements of building a wall to keep out undocumented illegal immigrants however his immigration views with respect to India could be labelled as double standard.

On the one hand he has said India is doing great and on the other he said he would bring jobs back from India.

“Trump has spoken about ending the H-1B high-skilled visa program of which Indians are among the biggest beneficiaries (especially the IT sector), but has also said he would create opportunities for Indian entrepreneurs and students,” the report said.

US position on China and Pakistan:

Once again the analysts were not able to decipher Trump’s political perspective with respect to Pakistan as he has labelled the country as ‘semi-unstable,’ but the analysts said, “…it would perhaps be naïve to read too much into an off the cuff statement made by a politician who is known for making somewhat loose statements.”

In her campaign, Clinton has openly called Pakistan a terrorist haven but the analysts are predicting US’ equilibrium stance on the subcontinent would remain the same.

In the matter of China, Clinton’s stance is more nuanced and diplomatic. However Trump has persistently criticized China, describing it as one of the US’s top adversaries particularly when it comes to economic policy. He said he would label China a currency manipulator, crack down on hacking, and impose steep tariffs if China doesn’t agree to rewrite trade agreements.

Trump has closed the lead within a couple of weeks wherein Clinton had dominated the voter sentiments, so a definite win would be hard to predict.

The dollar will gain on the back of uncertainty in the US economy which could pose badly for the Indian rupee.

"Trump has been critical of the Fed’s soft interest rate approach and his entry into the White House could mean Fed Chair Janet Yellen’s exit and more hawkish line that is USD-positive... An obvious corollary is some degree of INR weakness and a move to the 67-68 territory," the analysts said.

LIVE: US Election Results - Biden closes in on presidency; Trump is far away - Check who stands where at electoral college votes