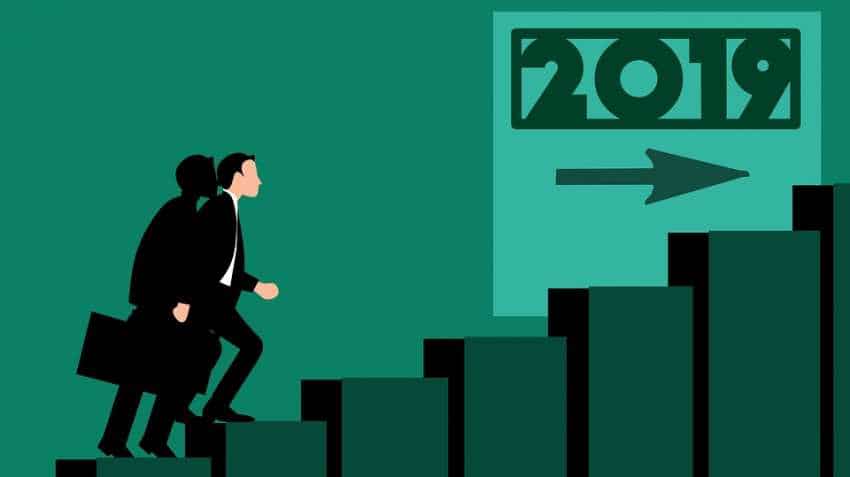 In the December 2018 Financial Stability Report, the Reserve Bank of India (RBI) acknowledged the rising performance of banks as on September, 2018. The report shows that signs of improvement have been witnessed in terms of both credit growth and deposits. While that has been highlighted, RBI's latest report also reveals that the nightmares of lenders under Prompt Corrective Action (PCA) continue to haunt them.

What is now known is that credit growth of Scheduled Commercial Banks (SCB) improved to 13.1% in September, 2018, which is courtesy of private banks.

Not only this, even private banks deposit growth also reflected strong performance with growth rate of 18.4%.

On the other hand, performance of public sector banks (PSBs) improved, however, yet remained in single digits. 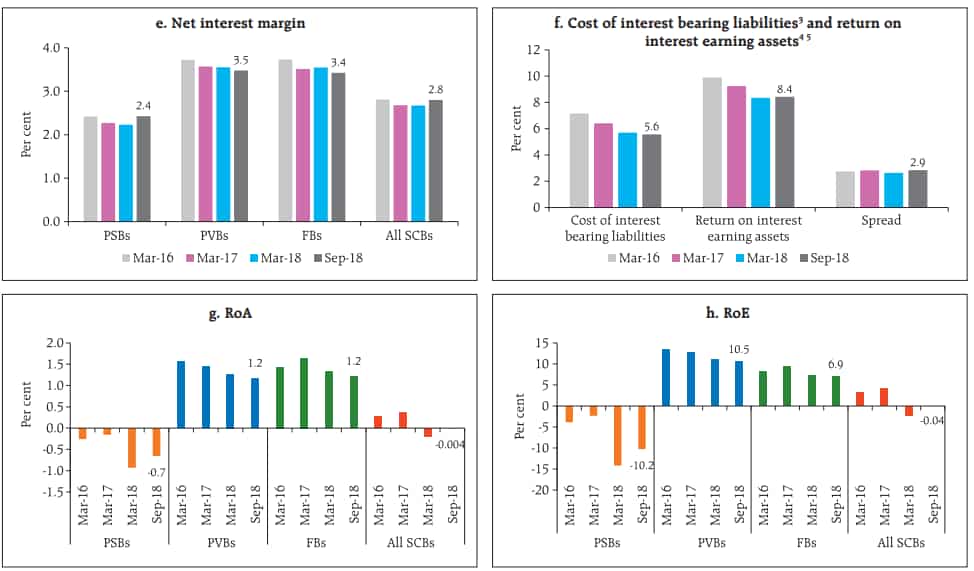 However, this was not the case of PSBs under PCA framework. RBI said, "there has been a further widening between PCA and non-PCA PSBs."

Further, RBI's data highlighted that, SCBs’ net interest income (NII) growth improved in September 2018 as compared to March 2018, while there was decline in other operating income (OOI). This, along with higher growth in operating expenses (OE), pulled down the earnings before provisions and tax (EBPT). However, growth in provisions  was lower between March and September 2018.

Interestingly, net interest margins (NIM) of SCBs have improved mainly due to PSBs. 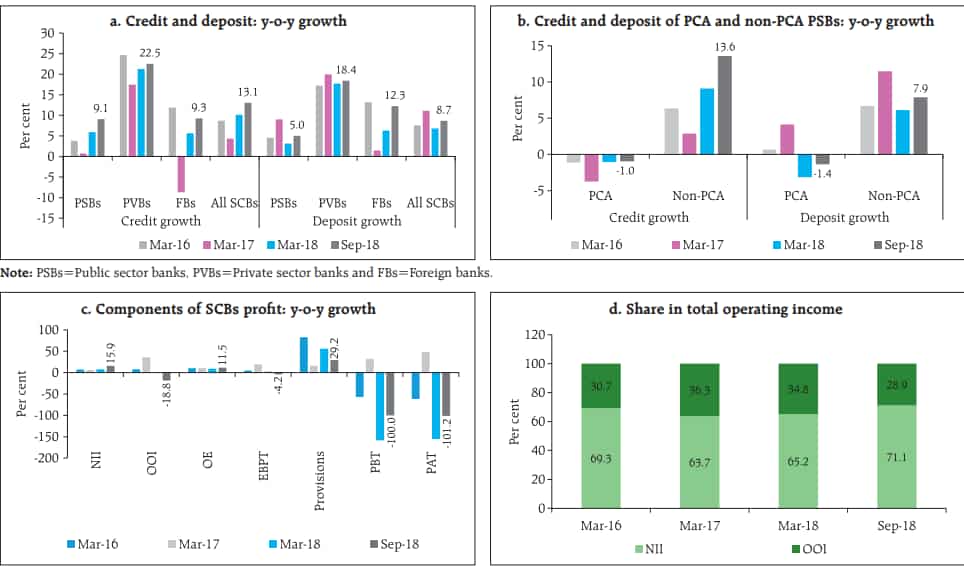 Higher growth in NII improved in the PSBs, though they were still lower than PVBs and FBs.

In case of profitability ratios of SCBs, as per RBI that continued to be impacted.

Individually, in a sample of 55 SCBs, 24 banks were able to improve their return on asset (RoA) in September 2018 as compared to March 2018.

In regards to MSMEs, RBI carried an  analysis of portfolio of Micro, Small and Medium Enterprises (MSMEs) which showed that, the performance of PSBs in the MSME segment trails that of other intermediaries (private banks and non-banking financial companies (NBFC)), both in terms of inherent as well as realised credit risk.

Finally, the data mentions that, the liquidity coverage ratio (LCR), intended to build banks’ short-term resilience to potential liquidity disruptions, improved for PSBs and PVBs in September 2018. PSBs are able to maintain better LCR than the PVBs .

From the above one can see that the worst case scenario is over for PSBs especially the ones who are not included in PCA framework. This comes as a good news as earnings may see some jump in upcoming quarters.