Since past few fiscal years, banks have been struggling with heavy stressed assets, which even impacted their ability to lend, weak net interest income (NII), higher provisions, all of which led to lackluster earnings. 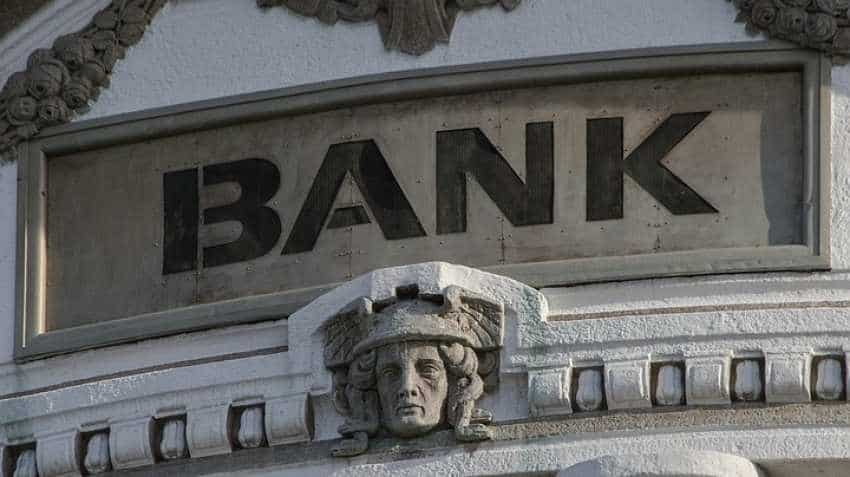 The Reserve Bank of India (RBI) released the 18th issue of the Financial Stability Report (FSR). This December, 2018 report reflects the collective assessment of the Sub-Committee of the Financial Stability and Development Council (FSDC) on risks to financial stability of the country, as also the resilience of the financial system. One of the key highlights in this report was banking system's asset quality, which has surprisingly started to show improvement with gross non-performing assets (NPAs) decelerating during September,  2018 quarter.

Since past few fiscal years, banks have been struggling with heavy stressed assets, which even impacted their ability to lend, weak net interest income (NII), higher provisions, all of which led to lackluster earnings.

According to RBI, asset quality of Scheduled Commercial Banks (SCB) showed improvement with  gross non-performing assets (GNPA) ratio declining from 11.5% in March 2018 to 10.8% in September 2018.

Their net non-performing assets (NNPA) ratio also registered a decline during the period. 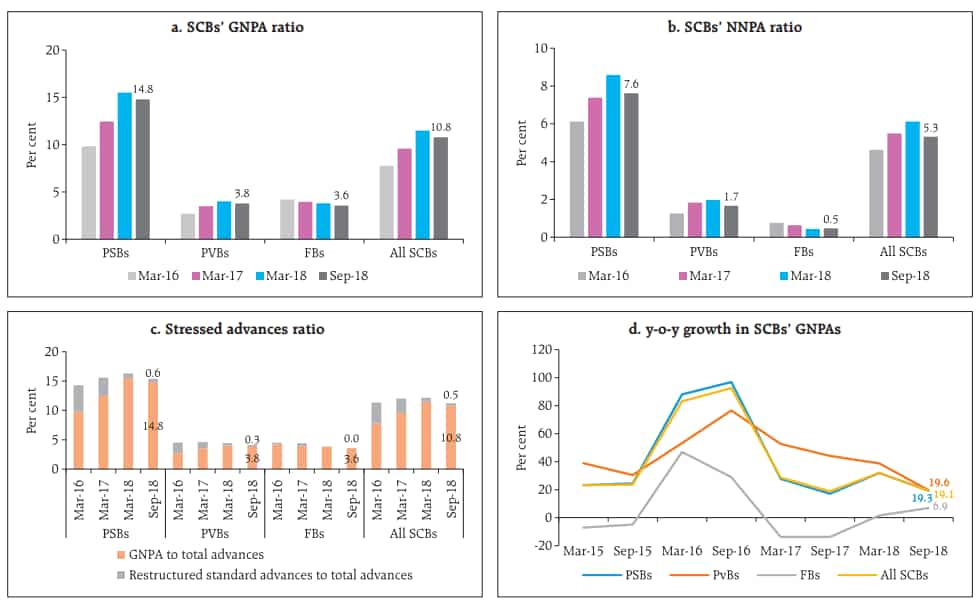 In a sign of possible recovery from the impaired asset load, RBI says, "The GNPA ratio of both public and private sector banks showed a half-yearly decline, for the first time since March 2015, the financial year-end prior to the launch of Asset Quality Review (AQR)."

RBI says,  "This suggested increasing shift of the restructured advances to NPA category. Even the y-o-y growth in GNPA of SCBs decelerated in September 2018 across all bank groups barring foreign bank."

Meanwhile, the report explained that, provision coverage ratio (PCR) of all SCBs was higher in September 2018 as compared to March 2018, with improvements noticed for both PSBs and PVBs.

Distribution of banks’ GNPA ratio shows that number of banks having GNPA ratio less than 10% has gone down in September 2018 as compared to March 2018.

CRAR of PSBs declined from 11.7 per cent to 11.3%. There was a marginal decline in Tier I leverage ratio of the SCBs between March and September 2018.

Following which, RBI now believes that, projected GNPA ratio under the baseline scenario may decline from 10.8% in September 2018 to 10.3 per cent in March 2019.