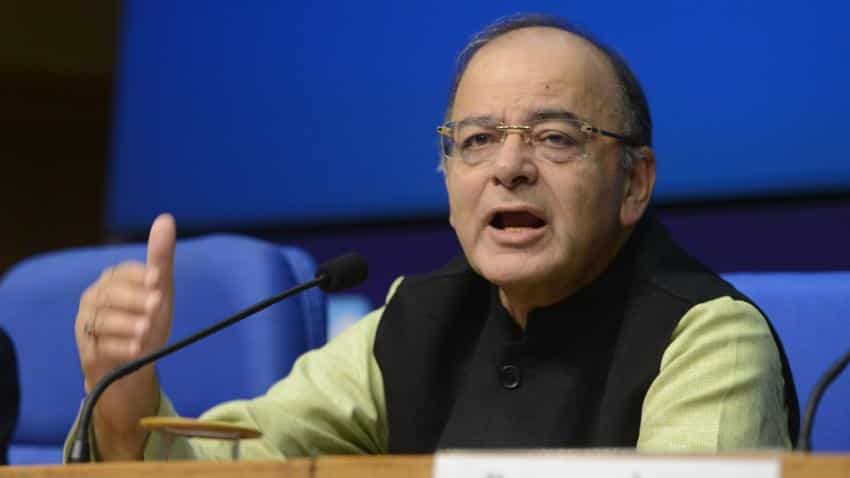 Indian Finance Minister Arun Jaitley said on Friday that a cash crunch following the scrapping of high-value banknotes would ease by December 30 with the release of new Rs 500 and Rs 2,000 notes.

Jaitley said, however, that the amount of new banknotes being released would not be the same as that circulating before November 8, when Prime Minister Narendra Modi announced the so-called demonetisation to purge the economy of illicit "black money".

Modi, at a stroke, removed from circulation banknotes worth an estimated Rs 17 trillion ($249 billion). Finance Ministry sources say they plan to reissue just over half of this - a task that would take months given the capacity of India`s four banknote printing presses.

Modi set a 50-day deadline that runs to December 30 for people to swap or deposit their old banknotes. He has promised the situation would stabilise by then and urged Indians to adopt cashless payment forms such as debit cards and mobile wallets.

"Obviously, one of the advantages of this exercise is going to be that you won`t have the same level of paper currency which existed," Jaitley told the Hindustan Times Leadership Summit.

Officials expect some illicit cash never to be returned and to expire worthless, while other money that is deposited will remain in the banking system. The government`s goal is to encourage the use of cashless forms of payment, a challenge for most Indians who live and work in the informal economy.

The dislocation resulting from the cash swap has been huge - workers seeking to collect their monthly pay have been turned away as banks ran out of cash, while car makers have reported a steep downturn in their November sales.

"It does create a disruption," said Jaitley. "But I don`t see the disruption lasting for very long. You may see some impact for a quarter or so."

Jaitley also repudiated a call by the left-wing government of India`s state of West Bengal to delay a planned Goods and Services Tax (GST) to avoid inflicting another economic shock in the wake of demonetisation.

He said the plan was still to launch the new tax on April 1, 2017. Time was tight because, under a constitutional amendment that enabled the GST, India`s old system of indirect taxation would lapse next September.