Govt to issue notification on interest of 8.8% on 'inoperative' PF accounts 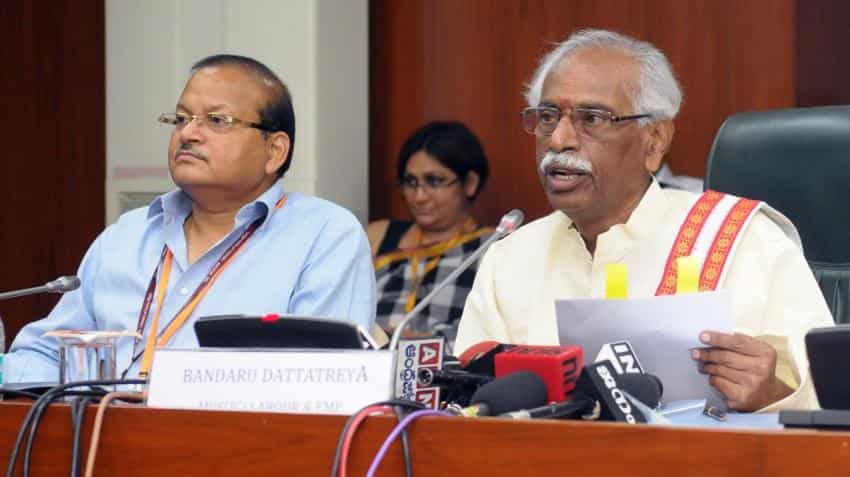 Bandaru Dattatreya to pitch for raising EPFO's investment in stocks

"The inoperative (Employee Provident Fund or EPF) accounts are not being paid interest since 2011. As per the instructions given by the Prime Minister Narendra Modi and Finance Minister Arun Jaitley, we decided to start paying interest to those accounts to make them operative," PTI reported on Monday quoting Dattatreya as saying.

"I have already signed the file concerned. Notification will be issued soon. We will pay 8.8% interest on those accounts. About 9.70 crore workers or employees will benefit from this notification. This is a Diwali gift for the people. We will issue notification within a week," Dattatreya told PTI.

The news agency further quoting a senior official of the ministry reported as saying, "People can park their funds in EPF as long they want. Since the inoperative accounts are getting interest, people may not like to withdraw. It is a safe investment also. If not today, tomorrow we will have to pay to the claimant.So there is nothing called unclaimed."

The official further added as saying that in case of EPF, if there is no contribution paid during the last 36 months, then that account is classified as 'inoperative'.

"We are in the process of identifying multiple accounts held by individuals.Once that is completed we will start distributing the interest to those accounts," PTI reported quoting Dattatreya as saying.

Bandaru Dattatreya to pitch for raising EPFO's investment in stocks