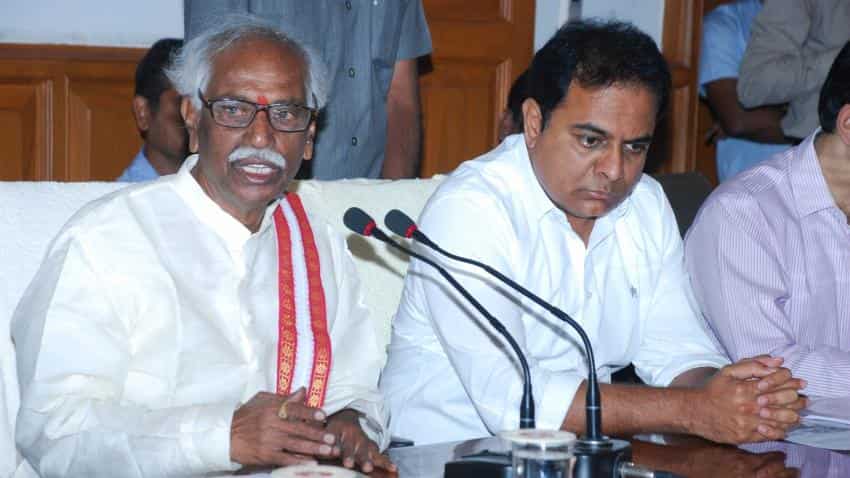 Brushing aside strong opposition from the unions, Labour Ministry on Thursday doubled EPFO's investment limit in ETFs to 10% that will result in Rs 13,000 crore of the retirement fund body flowing into stock markets in the current fiscal.

It has raised the limit of investments by the Employees' Provident Fund Organisation (EPFO) in the Exchange Traded Funds (ETFs) in 2016-17 to 10% of investible income from 5% in 2015-16.

"We have already issued a notification raising the EPFO investment limit of ETFs to 10% from the current 5% of its investible deposits," Labour Minister Bandaru Dattatreya told reporters at a press conference in New Delhi.

Meanwhile, the minister tweeted as saying,"Ministry of Labour and Employment declared to enhance the annual accruals from the present 5% to 10% for the financial year 2016-17."

Ministry of Labour and Employment declared to enhance the annual accruals from the present 5% to 10% for the financial year 2016-17. pic.twitter.com/c61HevUZ0s

EPFO has already invested Rs 1,500 crore in ETFs in the first half of the current fiscal and will invest about Rs 11,500 crore in the remaining six months.

When asked whether Labour Ministry has sought the EPFO trustees' approval, Dattatreya said, "The issue was discussed twice in the CBT meeting. Some members had reservations against the ETF investments."

Asked whether Cental Board of Trustees (CBT) approval is not required, Labour Secretary Shankar Aggarwal said, "Government (Labour Ministry) is over and above the board."

He was of the view that when the CBT is not able to take decision on a issue then the Labour Ministry is appropriate government as per law (EPF Act) to take a decision for the benefit of the workers.

However, the trade unions have slammed the Labour Ministry for taking a "unilateral" decision without approval of the EPFO trustees.

They have been opposing investments by EPFO in the stock markets in view of their volatile nature and had been unanimous on the issue.