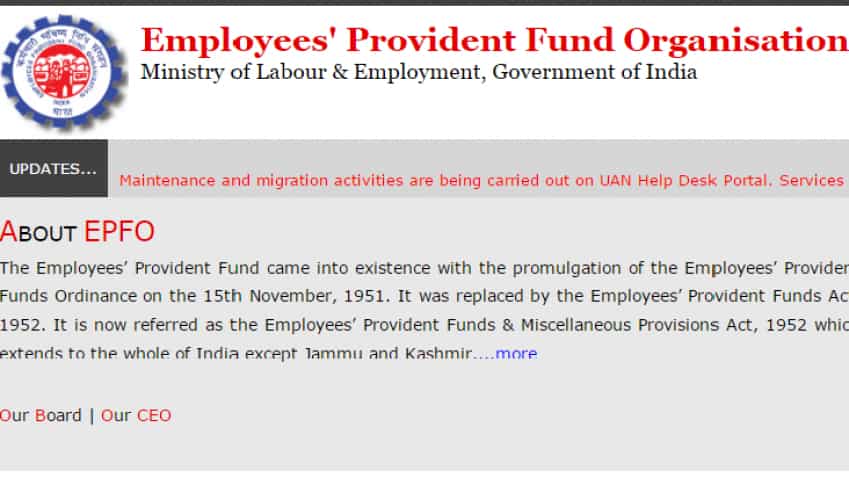 Retirement fund body EPFO will launch a host of Aadhaar-linked online services such as Provident Fund (PF) withdrawal and pension fixation for its 4 crore subscribers by the end of this fiscal.

"The Employees' Provident Fund Organisation (EPFO) will soon launch a host of Aadhaar-linked services like PF withdrawals and pension fixation for its subscribers to facilitate such faster transactions for their benefit," EPFO Central Provident Fund Commissioner V P Joy said at a conference on social security organised by PHDCCI in New Delhi.

Joy pointed out that at present, 1.5 crore EPFO subscribers' EPF accounts are seeded with Aadhaar and the challenge for the organisation is to equip the remaining 2.5 crore subscribers with these facilities for which all-out efforts are being made so that it (online service) becomes effective by March 31, 2017.

Another senior EPFO official said the EPFO is likely to complete the work to operationalise central data server for its over 120 regional offices in the next two months.

He further said that once the central data server is operational, the EPFO would start testing for providing services like online withdrawal and pension fixation.

EPFO has already provided facility for online transfer of PF accounts on changing jobs to its subscribers.

Joy also said that until 2011, the EPFO was largely manual driven and therefore, delay would be inevitable for both PF and pension subscribers for facilitating their transactions.

However, with the help of technology the EPFO began to computerise most of its operations after 2011, and now this exercise is almost complete for PF and pension accounts for all its subscribers, he said.