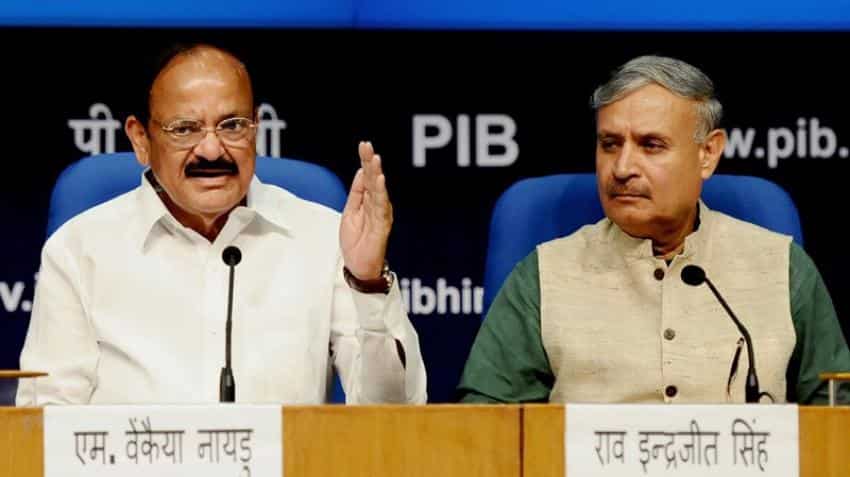 The Government of India on Tuesday released its third list of names of 27 cities shortlisted for its flagship Smart City Mission project.

According to PIB India Twitter handle, with the latest announcement, a total investment of Rs 1,44,742 crore has been proposed by 60 cities under smart city plans.

LIVE: With this announcement, a total investment of Rs.1,44,742 cr has been proposed by 60 cities under mart city plans: @MVenkaiahNaidu

As per the Mission guidelines, as many as 40 cities have to be announced during this financial year, PTI reported.

The government had already announced 13 smart cities in May this year and a slot of 27 cities was remaining which it announced on Monday, it said.

Principal spokesperson of Press Information Bureau (PIB) has tweeted the LIVE video of the event.

Watch the LIVE video of the event here-

In January, the government had announced a list of 20 cities for partial funding to be developed as smart cities, which would have facilities such as assured water and power supply, sanitation and solid waste management systems, efficient urban mobility and public transportation, IT connectivity and e-governance, among others, the news report stated.

Prime Minister Narendra Modi-government aims to transform about 100 cities by 2019-20, with the Centre providing financial support of Rs 48,000 crore over five years.