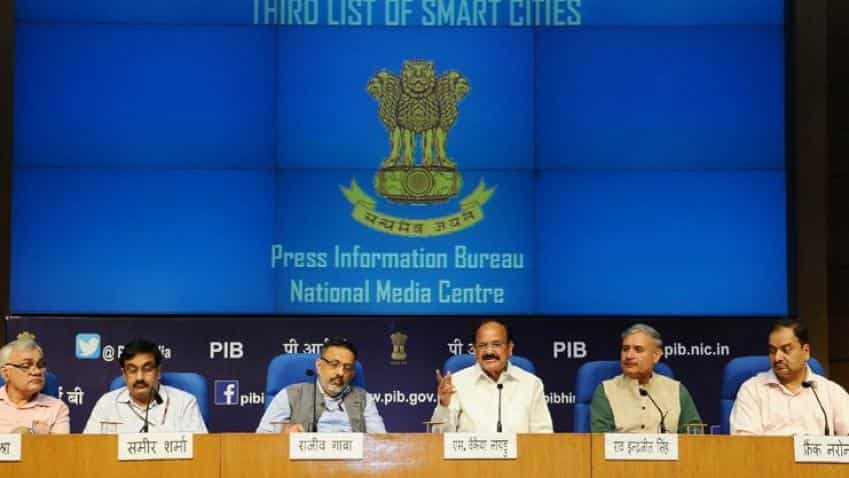 Union Minister for Urban Development M Venkaiah Naidu on Monday released the third list of 27 smart cities that will be taken up for development under Prime Minister Narendra Modi-led Smart City Mission project.

According to PIB Twitter handle, around 63 cities have so far participated in three rounds of competition of smart cities.

"Willingness and enthusiasm among cities to participate in more than one round of competition evidence of urban renaissance," PIB tweeted quoting Naidu as saying.

Competition based selection has made the cities rediscover themselves, Naidu said while releasing the list of smart cities at the event.

With the latest announcement, a total investment of Rs 1,44,742 crore has been proposed by 60 cities under smart city plans.

Here's a list of 27 smart cities that have made it to the smart city project:

Meanwhile, Press Information Bureau of India (PIB) has tweeted the photo of the list of these 27 smart cities: