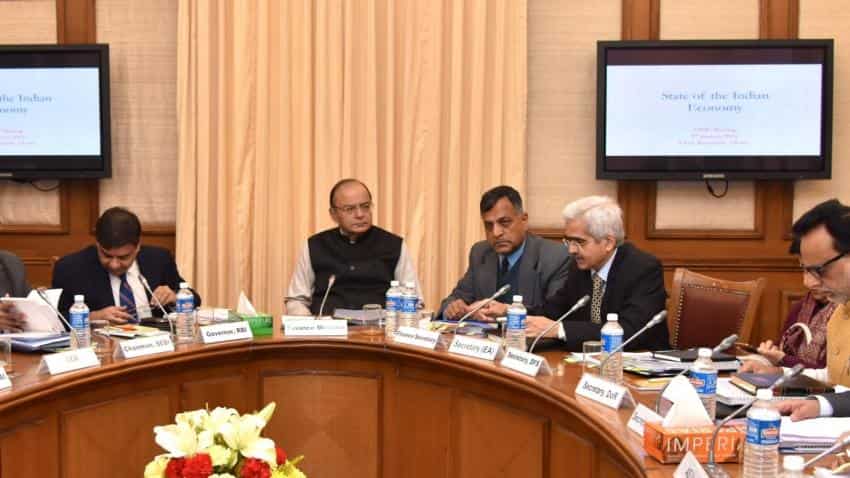 Finance Minister Arun Jaitley has advocated the concept of Universal Basic Income (UBI) as an alternative to the various social welfare schemes in an effort to reduce poverty. He said this in the Economic Survey tabled in Parliament on January 31, 2017.

The Survey said that a UBI that reduces poverty to 0.5 percent would cost between 4-5 percent of GDP, assuming that those in the top 25 percent income bracket do not participate.

On the other hand, the existing middle class subsidies and food, petroleum and fertilizer subsidies cost about 3 percent of GDP, it said.

The survey said, "The survey juxtaposes the benefits and costs of the UBI scheme in the context of the philosophy of the Father of the Nation, Mahatma Gandhi. The Survey states that the Mahatma as astute political observer, would have anxieties about UBI as being just another add-on Government programme, but on balance, he may have given the go-ahead to the UBI."

It further said that the UBI, based on the principles of universality, unconditionality and agency, is a conceptually appealing idea but with a number of implementation challenges lying ahead especially the risk that it would become an add-on to, rather than a replacement of, current anti-poverty and social programmes, which would make it fiscally unaffordable.

Exploring the principles and prerequisites for successful implementation of UBI, the Survey pointed out that the two prerequisites for a successful UBI are: (a) functional JAM (Jan Dhan, Aadhar and Mobile) system as it ensures that the cash transfer goes directly into the account of a beneficiary and (b) Centre-State negotiations on cost sharing for the programme, it said.