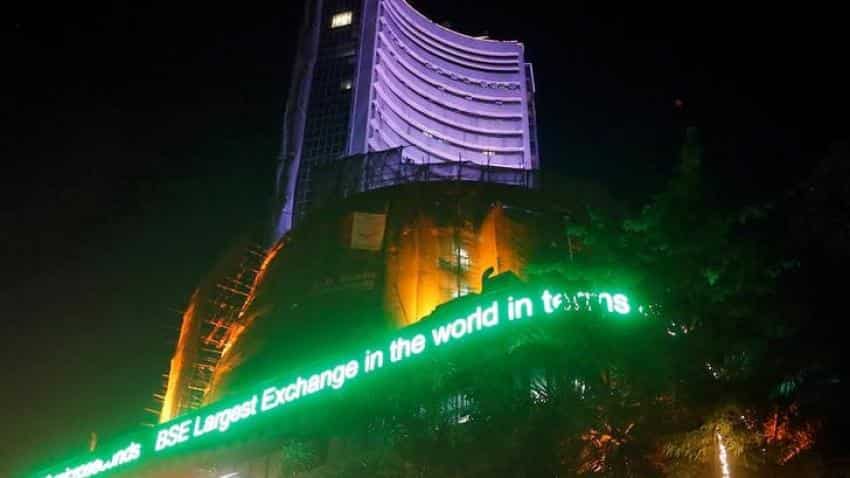 The market rebounded sharply, marking highest gains not seen since eight months for the week as the benchmark Sensex garnered 847.96 points to 27,882.46, while the broader Nifty finished well above the key 8,600-level.

The holiday-truncated expiry week saw the poised action by bulls taking control over the market momentum, with investor eyeing next week's budget, defied the negative corporate results in some of the key index heavy-weights, while the market gained strength, enfolding a pre-budget rally.

The global market also lend support to the domestic sentiment with US wall-street hitting fresh all-time record highs of 20,000-mark, it was further aided by massive buying by FIIs showing renewed interest of Indian equities.

Also the January derivative expiry saw the strong roll-overs to February series as investors opted for longs amid tinge of shortcovering, eyeing Union Budget on hopes of business friendly measures.

The market was closed on thursday, 26th January for 'Republic Day' holiday.

Meanwhile, foreign portfolio investors (FPIs) and foreign institutional investors (FIIs) bought shares worth Rs 1,294.27 crore during the week, as per Sebi's record including the provisional figure of January 27.

In the broader market, the BSE Mid-Cap index rose 3.02 % and the BSE Small-Cap index advanced 2.75 %. Both these indices underperformed the Sensex.

Among the 30-share Sensex pack, 25 stocks advanced and remaining 5 stocks fell during the week.

Bullion: Both the precious metals, gold and silver slipped and succumbed to fresh bouts of profit-taking at the domestic bullion market bringing an abrupt end to a straight four-weeks gain.
Subdued demand from jewellery traders at current levels and a smart recovery in local equities further dampened the yellow metal, sliding below the key psychological Rs 28,000-mark amidst bearish global cues.

"Gold demand improved this week, boosted by a fall in prices overseas, though some consumers are waiting in the hope that import duty will be cut in the government's budget next week," a dealer said.

In worldwide trade, Gold futures ended lower yesterday for the fourth day in a row, losing more than 1 % for the week as strength in the dollar and recent all-time highs in major US stock indexes weakened demand for so-called safe-haven investments.

"Gold found itself exposed to painful losses this week after the renewed investor risk appetite from the Trump effect and dollar's resurgence encouraged sellers to attack the metal incessantly," a dealer said.

Gold has posted declines each day since ending Monday at $ 1,215.60, its highest settlement since November 17.