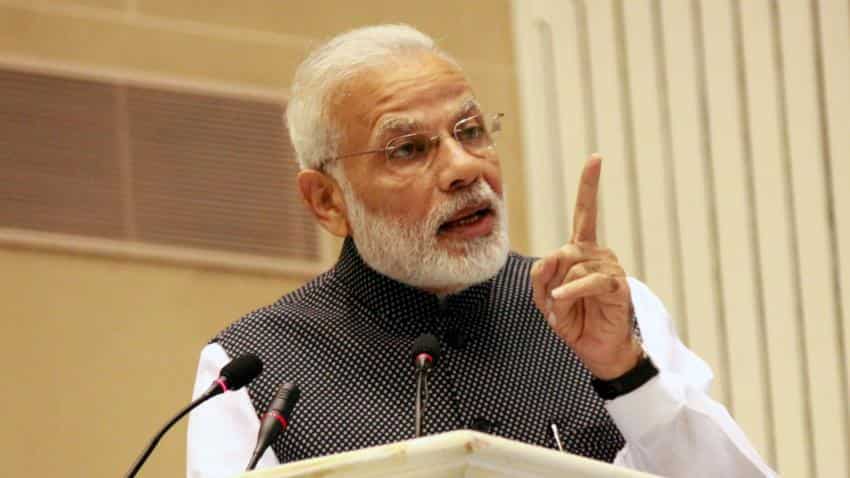 On November 27, during an election rally in Uttar Pradesh, Prime Minister Narendra Modi urged all Indians get familiar and make others familiar with cashless transactions.

The same day, during his radio programme 'Mann Ki Baat', he said, "Learn how this digital economy works. Learn the different ways you can use your bank accounts and internet banking. Learn how to effectively use the apps of various banks on your phones. Learn how to run your business without cash. Learn about card payments and other electronic modes of payment. Look at the malls and see how they function. A cashless economy is secure, it is clean. You have a leadership role to play in taking India towards an increasingly digital economy."

Modi and his cabinet ministers have now launched a major social-media effort to promote cashless transactions, which include e-banking (or banking over computers or mobile phones), debit and credit cards, card-swipe or point-of-sales (PoS) machines and digital wallets.

While India`s internet users surpass the US, smartphone ownership and internet penetration remain low. Also, as many as 68% of transactions in India are done in cash, according an analysis by Business Standard, while other estimates say 90% of all transactions are in cash.

Given this, there are five hurdles to Modi`s ambition of converting India to a cashless economy:

1. 342 million internet users, 27% of Indians: Earlier this year, India surpassed the US to become the country with the second-largest number of Internet users, according to this June 2016 report by investment firm Kleiner Perkins Caufield & Byers. There are 342 million internet subscribers (an Internet "penetration rate" of 27%) in India, data from Telecom Regulatory Authority of India (Trai) reveal.

The global median is 67%, IndiaSpend reported in March. India lags most major economies and performs worse than Nigeria, Kenya, Ghana and Indonesia, among other countries, the data reveal.

Put another way, 73% of Indians, or 912 million, do not have Internet access.

2. Smartphone usage rate among adults 17%: For a majority of banking applications, a smartphone is a prerequisite. India is Asia-Pacific`s fastest-growing smartphone market, but no more than 17% of Indian adults own a smartphone, according to a survey by Pew Research. Only 7% of adults in low-income families own a smartphone; the figure for wealthier families is 22%.

4. Average page load time on mobile 5.5 seconds, China 2.6 seconds: The average time to load a page on a mobile phone is 5.5 seconds in India, compared to 2.6 seconds in China, 4.5 in Sri Lanka, 4.9 in Bangladesh and 5.8 in Pakistan, according to the "State of the internet Q1 2016" report by Akamai Technologies, a global content delivery network services provider. Israel has the fastest load time at 1.3 seconds.

Mobile Internet speeds will make users less likely to use their phones for banking transactions, with Oracle Maxymiser, a website optimisation tool by Oracle, a US multinational, reporting a two-second threshold before users stop an online transaction -- although 68% of respondents reported they would not wait six seconds for pages or images to load on a bank`s website or mobile site.

More than 70% of the PoS terminals are installed in India`s 15 largest cities, which contribute to more than 75% of transactions, says the Ernst & Young report. This has not changed after #notebandi, as the scrapping of Rs 500 and Rs 1,000 notes is called colloquially.

Most requests for more PoS machines are still from tier-I, or metropolitan, cities, a banker with a leading private sector bank told the Indian Express on November 29. "In tier-II cities, customers are now slowly making the shift from using their debit cards to withdraw cash to using them for payments. The demand is progressing slowly," he said.

As an incentive to banks and manufacturers of PoS terminals, the government has waived 12.5% excise duty and 4% special excise duty on these machines, as it hopes to install an additional one million PoS machines by March 2017.