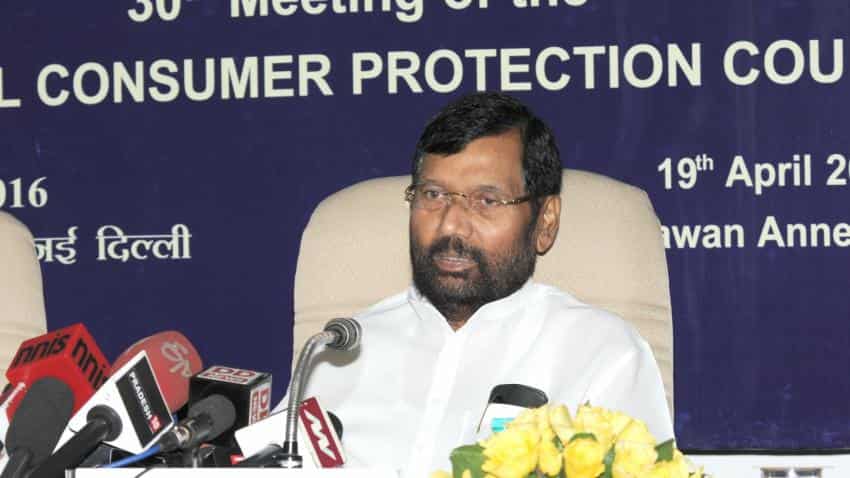 To promote cashless work culture, Food Minister Ram Vilas Paswan on Friday gave 15 days deadline to his ministry officials to put in place a mechanism and ensure there is 100% cashless dealings at all levels.

He also said that an advisory will be issued to state governments to promote cashless transactions at ration shops by installing Point-of-Sale (PoS) machines.

Moreover, the government has decided to put a pre-condition in all contract works for making further payments to labourers in cheque or through online transfer.

In a review meeting called on Friday following a directive from Prime Minister Narendra Modi on this issue, Paswan took update of current level of cash transaction in all departments and told officers to shift to cashless dealings soon.

"The Prime Minister has taken a historical step to address corruption and the move to go cashless is towards that direction. I reviewed the situation and I am happy to share that there is 99% cashless dealings currently happening in our ministry," Paswan told PTI after the meeting.

The officials have been asked to stop all cash dealings and shift to 100% cashless working within 15 days, he said.

At present, FCI foodgrains and pulses procurement operations are cashless. Payments are made through cheques and Real-time Gross Settlement systems (RTGS), he said.

In fact, Rs 703 crore payment for procurement of pulses in the 2016 Kharif season was made online.

In Punjab and Haryana, some of the arhtiyas (middlemen) make payment to farmers in cash and the Union Ministry will speak to the state governments to address this issue.

As far as contractors engaged with agencies like FCI and CWC, the Ministry has decided to put a condition in all future contracts to ensure that even labourers are paid via cheque or online mode, Paswan said.

At Bureau of Indian Standards (BIS) too, Paswan said that the organisation makes all its payments through cheque and online mode. Out of the total transaction of Rs 106.98 crore, not more than Rs 30,000 was done in cash so far this fiscal.