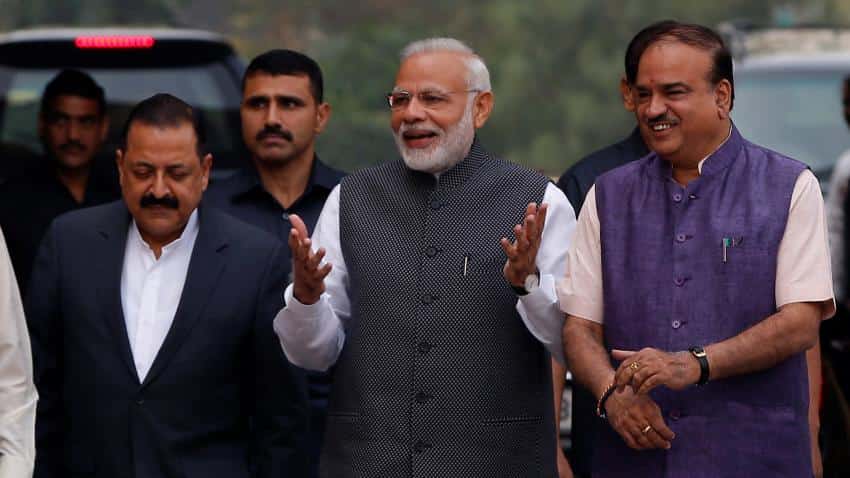 Prime Minister Narendra Modi has directed all ministries and departments to switch to online transactions or cheque mode and at the same time ensure downstream payments, including by contractors to labourers, go cashless too.

The decision in this regard, sources said, was taken at the Cabinet meeting chaired by Modi on Thursday. The Cabinet is also believed to have discussed amending laws to levy close to 60% income tax on unaccounted deposits in banks above a threshold post cancellation of the old Rs 500 and Rs 1,000 notes from November 9.

The directive to government ministries on going cashless is seen as a move to curb corruption and promote ease of doing business.

The food as well as agriculture ministries held meetings to chalk out steps to shift to cashless transactions at the earliest.

"The Prime Minister is very serious on the issue of cashless transactions. Our officials have been told to go cashless as far as possible," Food Minister Ram Vilas Paswan told PTI after the meeting.

Paswan said organisations like Food Corporation of India (FCI), Central Warehousing Corporation (CWC), Bureau of Indian Standards (BIS) and National Cooperative Consumers' Federation of India Limited (NCCF) under his ministry are already cashless to the tune of about 99%.

The sources further said officials have been asked to send status report about their respective ministries and departments to PMO. A follow-up Cabinet meet too could be held soon.