The consecutive monsoon failures have created a much more severe impact on the farm sector and tractor loans. 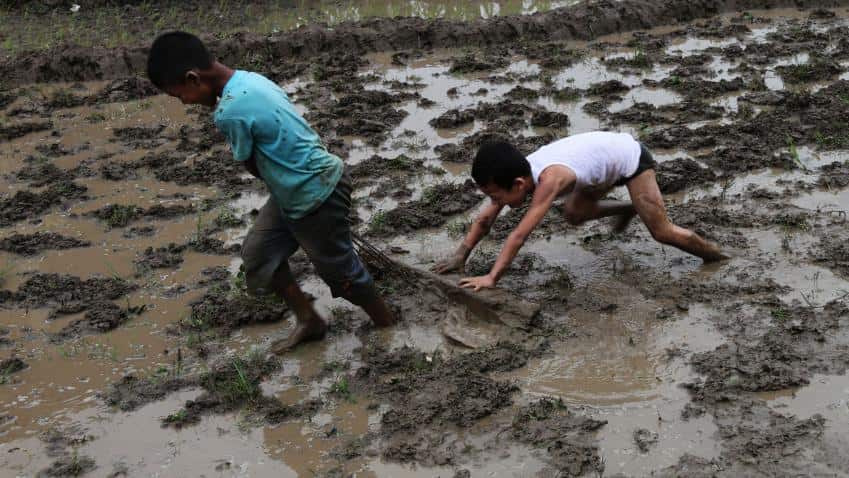 The reduction in the farmers' wages leading to the crunch in the buying capacities. Photo: IANS
Written By: ZeeBiz WebTeam
RELATED NEWS

Will this monsoon be good enough to rein in inflation?

Monsoon has almost covered the entire country by now. After two years of 'below average' rainfall causing drought in many parts of the country, the outlook by the weather forecasters looked positive with the 'above average' rainfall this year.

Though favourable monsoon is a positive news for the Agriculture sector, but the tractor loans segment may have to wait for two favourable monsoons to see the growth, said an India Ratings and Research (Ind-Ra) report.

The consecutive monsoon failures have created a much more severe impact on the farm sector and tractor loans now than in 2009 and hence a recovery is likely to be delayed.

Besides monsoon, the complete recovery in the agriculture sector will require improvement in productivity, yield and minimum support price (MSP) and implementation of schemes announced in Union Budget 2016, the report pointed out.

There are two reasons behind the gradual growth:

--The reduction in the farmers' wages leading to the crunch in the buying capacities. "The annual rural wage growth stood at 4.3% in November 2015, which is close to the lowest levels observed since 2006. The growth rate in a tractor driver’s wages has largely followed the similar trajectory with November 2015 value being almost equal to the growth rate in average rural wage", the Rating agency said.

Steps took by the government:

"The budgeted amount for FY17 is nearly three times of the amount budgeted for FY16. The government also plans to bring 2.85 million hectares under irrigation, which will reduce impact of a temporary rainfall deficit", the report added.

Will this monsoon be good enough to rein in inflation?