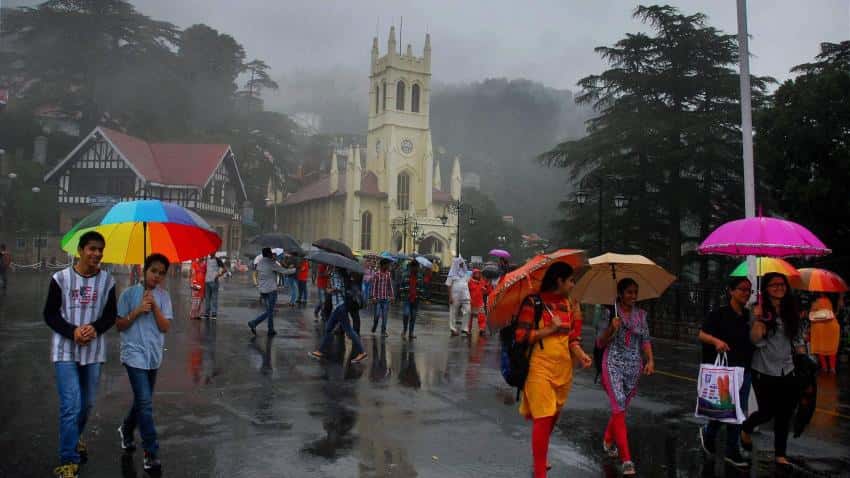 Monsoons have helped to narrow the rainfall deficit in the current season to 6 % Image Source: PTI
Written By: Reuters
RELATED NEWS

Monsoon rains have covered nearly all of India except some parts of Gujarat and Rajasthan, while the remaining region is likely to be covered this week, said an official with the weather department, who declined to be named.

The monsoon delivers nearly 70 % of rains that India needs to water farms, and recharge reservoirs and aquifers. Nearly half of India`s farmlands, without any irrigation cover, depend on annual June September rains to grow a number of crops.

"Conditions are favourable for progress of monsoon in remaining parts of Rajasthan and Gujarat. By end of this week monsoon will cover entire India," the Pune-based official at India Meteorological Department said.

The monsoon arrived in India on June 8, a week later than usual, but it is set to cover the entire country on time, the official said. Normally monsoon covers entire India by mid-July.

Rainfall has picked up in central and northern India in the last few weeks, helping to narrow the rainfall deficit in the current season to 6 %, sharply down from 18 % in the first week of June, the official said.

Although agriculture accounts for about 15 % of the country`s $2 trillion economy, about two-thirds of its 1.3 billion people depend on agriculture for their livelihood.