Private forecaster Skymet said the Super Cyclone of 1999 had struck the eastern coast with a wind speed of 225-250 kmph, wreaking havoc in Odisha, destructing whatever came in its path. 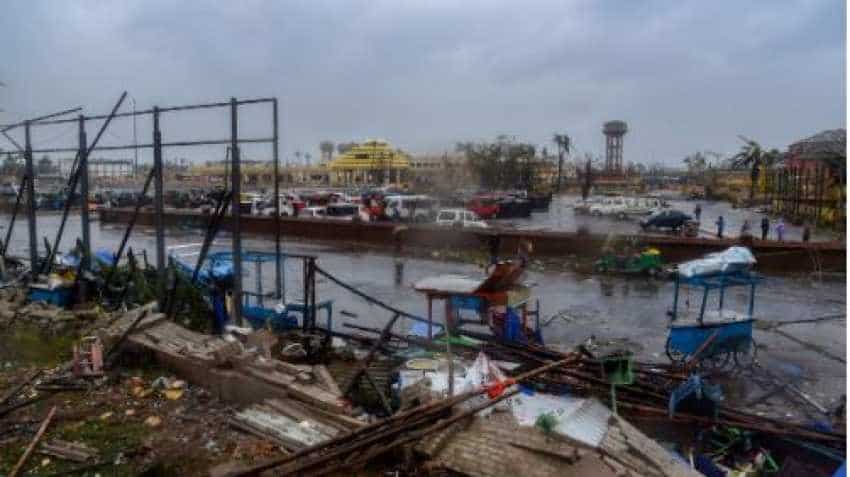 India has witnessed at least 20 severe cyclonic storms in past two decades but the ongoing "extremely severe" cyclone "Fani", which hit the eastern coast along Odisha with a wind speed of up to 200 km per hour on Friday, has been found to be the strongest to hit the country since 1999.

Private forecaster Skymet said the Super Cyclone of 1999 had struck the eastern coast with a wind speed of 225-250 kmph, wreaking havoc in Odisha, destructing whatever came in its path.

"After the Super Cyclone of 1999, Fani has been found to be the strongest cyclone to hit India as the wind speed crossed the 200 kmph-mark," Mahesh Palawat, Director at Skymet, told IANS.

Indian Meteorological Department (IMD) chief K.J. Ramesh said that `Fani` was also the strongest cyclonic storm in the month of April since 1901.

"Also, Fani has been found to have the longest survival cycle. It has lasted too long," Ramesh told IANS.

There is a glaring difference between the Super Cyclone of 1999 and the current one, as over 10,000 people were killed in the former while casualties have been minimal in the latter, thanks to the technological advancements and the improved disaster management system put in place this time.

"Loss of life should be minimum this time due to the advancement of information system and effective response actions such as evacuation measures and preventive remedies," Ramesh said.

In 2014, over 80 people were killed by Cyclone "Hudhud" which had a wind speed of 200-205 kmph. It was the strongest cyclonic storm since the Super Cyclone of 1999 till Cyclone Fani appeared on the scene.

The death toll had crossed 60 after Cyclone "Titli" pounded Odisha last year with a wind speed of 140-150 kmph gusting to 165 kmph.

"In 1999, we did not have satellite images or Doppler radar. Even if we could get satellite images, they were not accurate. So we could not track the storm or determine the location where it would land. We were not sure about its intensity," Palawat said.

He also appreciated the government agencies for their disaster management efforts in the past few days.

While two deaths were reported in Odisha on Friday, the damages were largely restricted to uprooting of trees, destruction of crops, disruption of air/road communication, power supply and telecommunication networks and damages to houses.

The cyclone is expected to move north-eastward towards West Bengal with a wind speed of 90-100 kmph gusting to 115 kmph by Friday midnight or early Saturday, triggering moderate to heavy rainfall in the state and the adjoining Bihar and Jharkhand.

After making its landfall on Friday morning, Cyclone Fani started to weaken due to loss of moisture, Palawat said. It means it posed lesser risk to people going forward than it did in the morning.

In Odisha alone, about 10,000 villages and 52 Urban Local Bodies were affected by the cyclonic storm even as over 1.1 million people were evacuated to safe places by the authorities.