Dream Girl box office collection: Ayushmann Khurrana starrer Dream Girl is turning out to be a money spinner at the box office and has taken its overall collection to Rs 66.15 crore so far. The film is trending well even on weekdays and earned Rs 7.40 crore on Tuesday and Rs 6.75 crore on Wednesday, respectively. 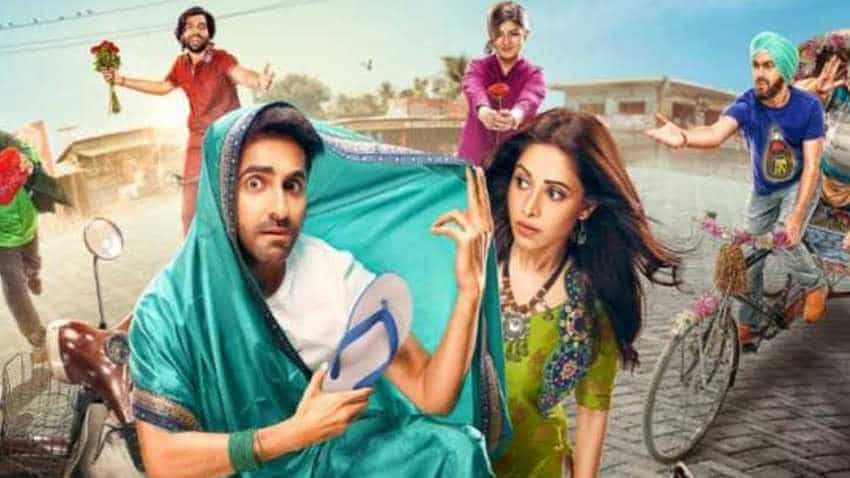 In Dream Girl, Ayushmann plays the role of Karam, a man who is not able to find a suitable job for himself. Source - Ayushmann Khurrana/Twitter.
Written By: ZeeBiz WebTeam
Edited By: Harish Dugh
RELATED NEWS

In Dream Girl, Ayushmann plays the role of Karam, a man who is not able to find a suitable job for himself and ends up playing female characters in local mythological plays to earn money. He eventually finds job in a call centre under the name of Pooja. Apart from Ayushmann, the film stars Annu Kapoor, Abhishek Banerjee, Rajesh Sharma, Vijay Raaz and Nidhi Bisht, among others.

Dream Girl film continues to do well despite facing tough competition from other releases. While Sushant Singh Rajput and Shraddha Kapoor starrer Chhichhore has maintained its momentum even in the third week, Article 375 has also impressed the audience and critics. Directed by Nitesh Tiwari, Chhichhore has earned Rs 105.79 crore so far and manages to rake in decent numbers for a film in its third week. On Wednesday, Chhichhore had earned Rs 3.60 crore.

Both the films will face new competition in the form of 'Pal Pal Dil Ke Paas' and 'The Zoya Factor' this Friday. While the first marks the Bollywood debut of Sunny Deol's son Karan, the second boasts of a strong star cast that includes Sonam Kapoor and Dulqueer Salman. Sanjay Dutt and Manisha Koirala starrer Prassthanam also releases this week.