Disappointed on postponement of quota reforms by IMF: Arun Jaitley

Given that there is a broad agreement on maintaining the current overall lending capacity of the Fund and that the IMF's existing resource pool is excessively tilted towards borrowed resources, there is a "dire need" for increasing quotas 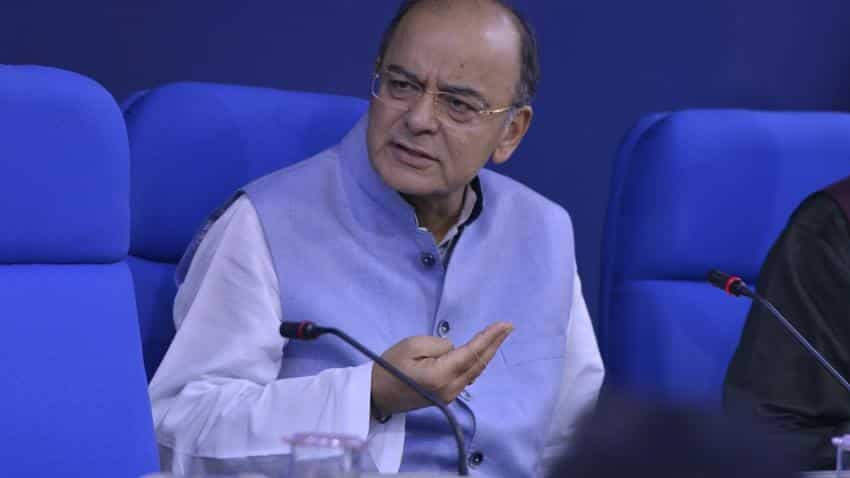 Finance Minister Arun Jaitley has expressed disappointment over the slow pace of International Monetary Fund (IMF) quota reforms and said any further delay would erode the legitimacy and credibility of the multi-lateral organisation.

The minister, who is here for spring meetings of the IMF, also underlined the need for enhanced surveillance by the IMF to address the rising vulnerabilities in the global monetary and financial systems.

"The emerging risks to the global economy call for enhanced surveillance by the IMF. The IMF needs to be sufficiently resourced to be able to fully discharge this responsibility. It also needs to function as a quota-based institution," he said at the meeting of the International Monetary and Financial Committee (IMFC).

Given that there is a broad agreement on maintaining the current overall lending capacity of the Fund and that the IMF's existing resource pool is excessively tilted towards borrowed resources, there is a "dire need" for increasing quotas, he added.

"We are disappointed that the deadline for completing the 15th GRQ (General Review of Quotas) has been pushed back to no later than the 2019 annual meetings," Jaitley added.

"Any further delay in the 15th GRQ will erode Fund's legitimacy and credibility, and will be against the spirit of the Articles of Agreement. I do hope that the deadlines now set will be honoured and adhered to," he said.

India has been pressing for IMF quota reforms as it would give more say to developing nations in the activities of the multi-lateral organisation. Also the quota reform would reflect the changed economic realities, specially with regard to the increasing prowess of the developing nations.

Commenting on increasing protectionism and its adverse implications, the finance minister called upon the IMF to lend strong and unambiguous voice in support of free trade and raise awareness about the benefits of rule based open multilateral trading frameworks.

He added that the IMF should play proactive role by productive engagement with Regional Financing Arrangements by way of sharing information and joint mechanisms for surveillance and policy signalling to build confidence among creditors.