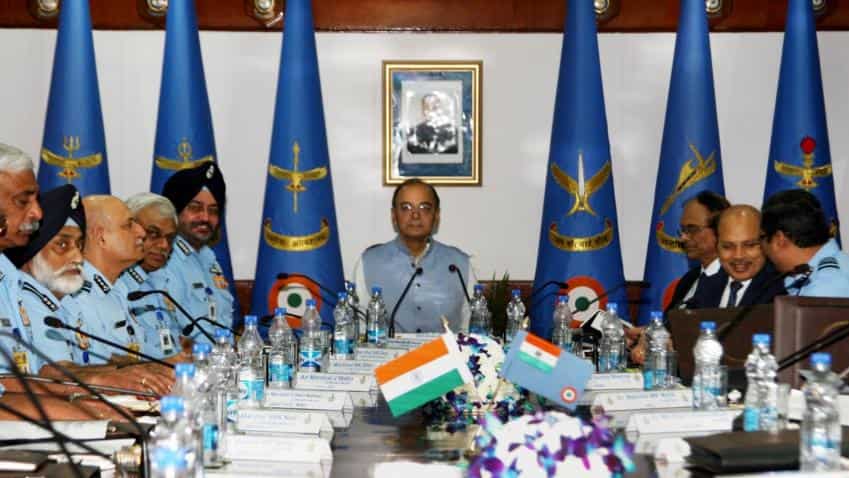 During the meeting here -- the first cabinet-level interaction between the two countries under the Trump administration -- Ross is believed to have said that US has started the process of reviewing H1B visas issues and no decision has been taken on it yet, sources said.

Taking up the case of Indian IT companies and professionals, Jaitley told Ross about the contribution of highly skilled Indians in the economic development of the United States and India and stressed that they should continue to do so, which is in the best interest of the two countries, an Indian official said.

Ross is understood to have said that whatever the outcome of the review process, the Trump administration's objective is to have a merit-based immigration policy that gives preference to highly skilled professionals.

The executive order signed by Trump early this week calls for a review of H-1B visas by the departments of State, Labour, Homeland Security and Justice.

Jaitley, leading an Indian delegation, arrived in Washington DC yesterday morning to attend the annual Spring meeting of the International Monetary Fund and the World Bank.

Over the next two days, the Finance Minister is scheduled to hold a series of bilateral meetings with his counterparts from the US, Australia, France, Indonesia and Sweden. He is also likely to meet finance ministers from neighbouring Bangladesh and Sri Lanka.

Stressing that India-US relationship has bipartisan support in both the countries, the Finance Minister in his meeting with the commerce secretary said the two largest democratic countries of the world over the years have developed z strong strategic, economic and defence relationship.

The three phone conversations that Prime Minister Narendra Modi and Trump have had, along with the officials meeting, has shown that the two governments are going to build on this momentum in the years to come, the official said.

Briefing Ross on India's growth story, Jaitley is believed to have given an him insight into a series of "far reaching reforms" being undertaken by the Modi government post-demonetisation including the Goods and Services Tax (GST).

Jaitley said the two countries should be able to move towards achieving the goal of USD 500 billion per annum in bilateral trade in the next few years.

In addition to his meetings and presentations at the annual Spring meeting of the IMF and the World Bank, the Union minister is also scheduled to attend meetings of other multilateral forums including that of the G-20 finance ministers.

Before leaving Washington DC for New York on Sunday, he is expected to interact with think-tanks and eminent Indian- Americans.