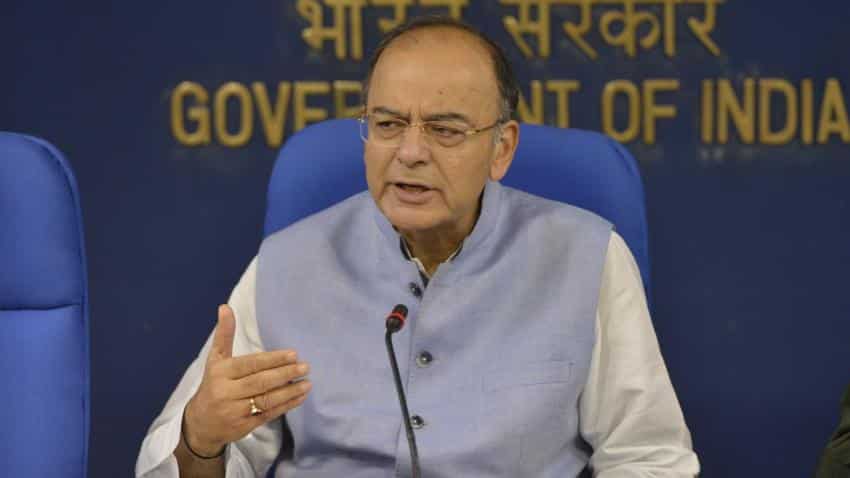 2. FM Jaitley in meet with Ross emphasised on the contributions made by the skilled Indian professionals to the US economy

Two days after the US president Donald Trump signed a new executive order seeking review of the present H-1B Visa system, India's Finance Minister Arun Jaitley on Thursday raised the issue of tightening of the work visas with the US Commerce Secretary Wilbur Ross.

During his visit to the US, Jaitley had hold a bilateral meeting with Ross in the Washington DC whereby he emphasised on the contributions made by the skilled Indian professionals to the US economy.

"Finance Minister raised the issue of recent executive orders which indicate a possible tightening of the H-1B Visa regime," cited the Ministry of Finance in an official statement issued on Friday.

Jaitley outlined the significant contributions the skilled Indian professionals have made to the US economy and expressed the hope that the US administration will take this aspect into consideration while taking any decision, it added.

The H-1B Visas are the most sought after work visas by the Indian nationals and it's the largest group of H-1B recipients annually.

The recent announcement of Trump administration ordering a review of H-1B Visa programme that permits bringing high-skilled foreign workers into the country is likely to increase costs and hurt businesses of Indian IT services, Zeebiz reported earlier this week citing media reports.

Trump on Tuesday ordered a review of the US visa programme for bringing high-skilled foreign workers into the country, putting technology firms and the outsourcing companies that serve them on notice that possible changes may be ahead, Reuters reported on Wednesday.

According to the news report, the order was vague on many front and did not change existing rules, but one objective, said Trump aides, is to modify or replace the current lottery for H-1B Visas with a merit-based system that would restrict the visas to highly skilled workers.

As per the Reuters report, the H-1B Visas are intended for foreign nationals in "speciality" occupations that generally require higher education, which according to the US Citizenship and Immigration Services (USCIS) includes, but is not limited to, scientists, engineers or computer programmers.

Presently, the US government uses a lottery to award 65,000 visas every year and randomly distributes another 20,000 to graduate student workers.

Trump's administration has targeted Indian IT firms like Tata Consultancy Services (TCS), Infosys and the US-based Cognizant that follows the offshore model for the visa programme, Business Standard reported on Wednesday.

The US administration has accused these IT companies of paying lower wages than that set by the country's Department of Labour.

The Whitehouse blog in a press release issued on Wednesday citing Trump said,"H-1B Visas are supposed to bring the highest skilled and paid labour to the United States (US), but according to studies, 80% of the approved applications were for the two lowest wage levels allowed."