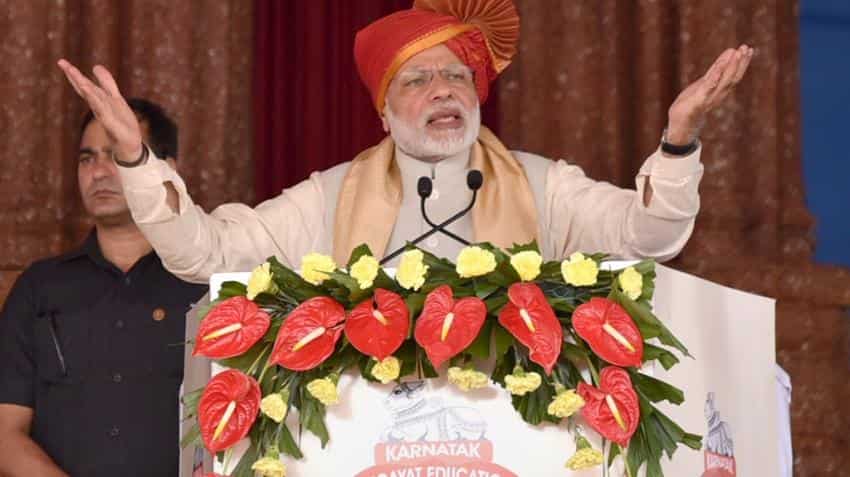 In a bid to ensure that people in rural areas are able to get access to cash, the government has enhanced the currency limits of banking correspondents, allowed them multiple visits to banks and disburse more money through branch post offices.

Briefing the media on Monday after a high-level meeting chaired by Prime Minister Narendra Modi the previous evening, Economic Affairs Secretary Shaktikanta Das said recaliberation of ATMs to disburse higher denomination notes had also started and will be enhanced in the next few days.

Das said there were 120,000 banking correspondents -- people authorised to accept small deposits on behalf of banks -- and more than 130,000 branch post offices in the country. "So, 250,000 of these, mostly in rural areas, will be able to disburse larger number of cash," he said.

Das also said the upper limit for weekly withdrawals from bank accounts has been raised to Rs 24,000 from Rs 20,000. For this, a person need not make multiple visits to the bank and withdraw the amount in a single attempt, he added.

The meeting also decided to constitute a task force under Deputy Governor of the Reserve Bank of India (RBI) to keep a real-time watch and monitor the distribution of cash through various channels and take necessary action in a timely manner.

He said the composition of the task force will be decided soon by the RBI. This apart, the RBI, Das said, has already assured the Prime Minister that there was enough cash in the financial system and that distribution was the main challenge, which was being addressed.

Other steps initiated include, separate queues for senior citizens, the physically challenged and for those who want to exchange demonetised notes, waiver of all banking and transaction charges, and extension till Nov 24 the use of old notes at petrol stations, pharmacies and utilities.