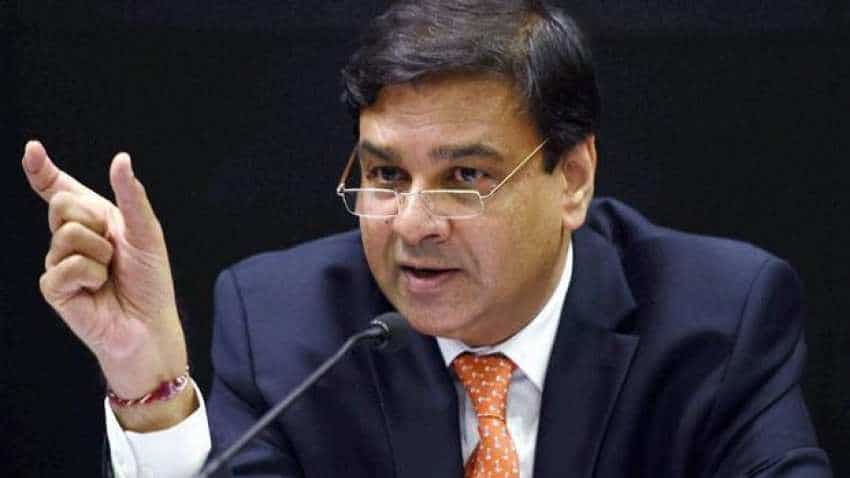 Former RBI Governor Urjit Patel had favoured status quo on monetary policy earlier this month because of uncertainties clouding the medium-term inflation outlook, while indicating the possibility of easing of monetary stance in due course.

All six members of the Monetary Policy Committee (MPC) had voted for keeping the key benchmark rate unchanged, said the Minutes of the MPC meeting released by the Reserve Bank Wednesday.

The RBI had kept the repo rate -- at which it lends to banks -- at 6.50 per cent in the MPC review held between December 3-5. "Although the inflation trajectory has been revised downwards, several uncertainties persist, especially about the medium-term outlook of food inflation and oil prices.

Incoming data should help clear the haziness and enable better assessment of the inflation outlook, especially regarding the permanence of the current softness in inflation prints. "Hence, I vote for keeping the policy repo rate unchanged and retaining the stance of monetary policy as 'calibrated tightening'," said the minutes of the meeting quoting Patel who had resigned as the RBI Governor on December 10.

Should upside risks, as outlined above, not materialise on a durable basis in the coming months, there is a possibility of space opening up for policy action in due course, Patel had argued. RBI Deputy Governor Viral Acharya was of the view that even as the projection for retail inflation have been revised downwards significantly, several upside risks remain.

"In my view, it is better to understand data somewhat better over the next two months...While the recent downward surprises to inflation have significantly reduced the extent of policy tightening required in future, they have not eliminated the requirement altogether.

On balance, given the relatively short period of time over which inflation has softened, it is important to wait and watch," Acharya said in the MPC meeting. The RBI revised downwards the inflation forecast for the second half of the current fiscal at 2.7-3.2 per cent and 3.8-4.2 per cent in the first half of the next fiscal beginning April, due to favourable factors including assumption of a normal monsoon in 2019.

With risks tilted to the upside, the RBI remains cautious because of several uncertainties such as risk of a sudden reversal of the unusually low food prices, impact of MSP, oil price trajectory, volatile financial markets, elevated inflation expectations as well as risks of fiscal slippages a the centre and state government levels.

Michael Debabrata Patra, Executive Director of RBI, while voting for the status quo on the policy repo rate favoured maintaining the stance of calibrated tightening. "With inflation projected to rise above 4 per cent over the 12-month ahead horizon, it is apposite to persevere with the stance of calibrated tightening to head off inflation pressures from potentially corroding the foundations of the growth path that is evolving over the medium-term," Patra said during the three-day MPC policy review.

Former Indian Institute of Management professor Ravindra H Dholakia said the best that can be done under the present circumstances is to hold the rate but change the stance to neutral to take care of all possible uncertainties.

"We should not deny any possibility of either a rate cut or a rate hike in the near future depending on data coming in," he said. The sole female member in the six-member panel Delhi School of Economics Director Pami Dua also expressed her views that even as inflation has softened, the upside risks remain.

It is therefore best to pause and wait for incoming data while maintaining a vigil on inflation, especially with respect to food and crude oil, Dua said. "At the same time, given the uncertainty with respect to the inflation outlook, I also vote for maintaining the stance of calibrated tightening," she added to her observation.

Member Chetan Ghate, professor, Indian Statistical Institute viewed "both the inflation and growth numbers having developed 'soft-spots', the appropriate risk-management approach at the current juncture would be to 'wait and watch'.

This will allow the MPC to see how various risks to both inflation and growth evolve, and better assess the ability of flexible inflation targeting to absorb the impact of shocks that the economy is currently experiencing, said the Minutes of MPC quoting Ghate.

Consumer price index (CPI) based retail inflation had eased to a 17-month low of 2.33 per cent for November due to softer food prices, the government data showed earlier this month. In October, it was at a year low of 3.38 per cent.

This is what Shaktikanta Das, as new RBI governor, will do; SBI chairman explains