Cyclone Fani: Here is what Indian Railways is doing free of cost to help people of Odisha, Bengal and Andhra 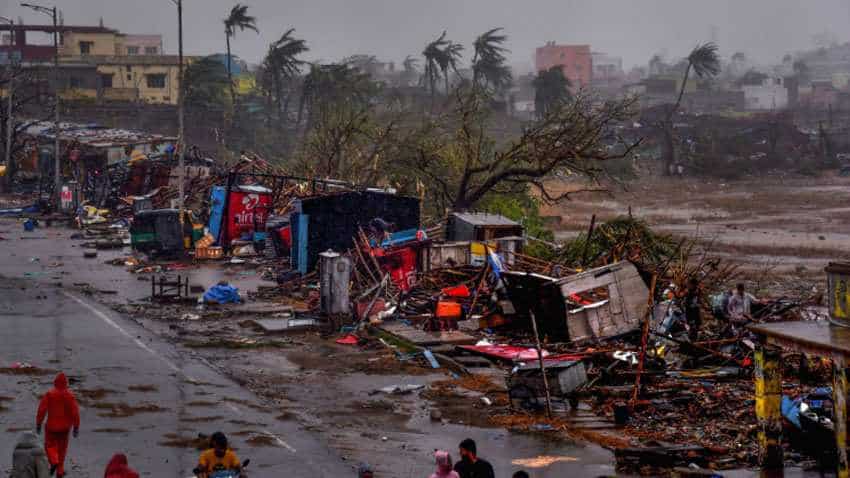 The railways issued a set of guidelines and in a letter to all Divisional Railway Managers (DRMs) said all government organisations can book relief material free of cost to the affected states. PTI image

The railways will transport aid and relief materials free of cost to cyclone 'Fani' affected Odisha, West Bengal and Andhra Pradesh, the national transporter said Friday, in the wake of large-scale devastation by cyclonic storm. The cyclone rolled through Odisha on Friday, packing rain and windstorm that gusted up to 175 kmph, leaving at least three people dead, blowing away thatched houses, and swamping towns and villages. The railways issued a set of guidelines and in a letter to all Divisional Railway Managers (DRMs) said all government organisations can book relief material free of cost to the affected states.

"Indian railways has decided to permit inter-state and intra-state free transport for aid and relief material by coaching trains and goods trains...To cyclone Fani affected states... "However, it may be ensured that consigner /consignee is district magistrate/deputy commissioner in whose jurisdiction the dispatching/receiving station is situated," the letter said.

DRMs have been given powers to take necessary action as and when required like attaching additional coaches or vans to various trains bound to states affected by the cyclonic storm.

"However, it would be preferable not to load relief material in usual parcel vans, but in separate vans/coaches...No ancillary charges like demurrage, wharfage or others are to be charged for transportation of relief material," it said.

The railways has said these guidelines will be in effect till June 2 or till further orders.

The extremely severe cyclonic storm 'Fani' or the 'Hood of Snake' made landfall around 8 am in Puri, with roaring winds flattening huts, enveloping the pilgrim town in sheets of rain, and submerging homes in residential areas.