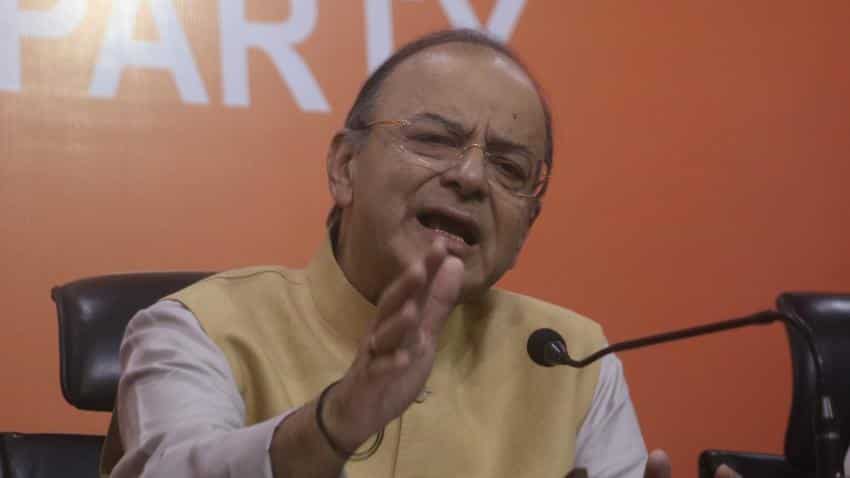 Of the support to banks, Rs 1.35 lakh crore will be raised through recapitalisation bonds and the remaining sum through budgetary support and market borrowings. Image Source: IANS

It is the Indian taxpayer who will foot the bill for the banks` recent recapitalisation plan and the state-run lenders cannot expect to get easy money in this manner, the government said on Sunday.

Briefing reporters here following the "PSB Manthan" brainstorming event of Finance Minister Arun Jaitley with senior officials of public sector banks (PSBs) and financial institutions, Financial Services Secretary Rajiv Kumar said Jaitley told the meeting that the government had decided to put in more capital from the Budget, through bonds and banks` equity expansion and it is, thus, the country which is virtually going to pay to keep the banking system in good health.

"Everything is linked to the reforms which each board will consider within a short time as to what kind of business and how they want to go ahead. Its not easy money which is going to come, that is the main point. It has to be followed with a whole lot of reforms," Kumar said.

Of the support to banks, Rs 1.35 lakh crore will be raised through recapitalisation bonds and the remaining sum through budgetary support and market borrowings.

Announcing the package here, Jaitley said the details of the reform measures for the public sector banks would be unveiled at a later date.

Chief Economic Advisor Arvind Subranmanian clarified that the recapitalisation bonds would count as debt, while their exact nature would be made available in due course.

Kumar said the reforms also include bank boards coming up with a clear plan on consolidation.

He also said the Rs 1.35-lakh crore recapitalisation bonds will be "front-loaded", that is most of it would happen in the current fiscal and the contours of the bonds are being decided by the Finance Minister.

Kumar added that Sunday`s discussions centred around reforms, including strengthening of bank boards and resolution of non-performing assets (NPAs), or bad loans.

Accumulated NPAs of state-run banks have increased to Rs 7.33 lakh crore as at the end of June 2017.