FM Nirmala Sitharaman will present the full Budget on July 5, 2019. 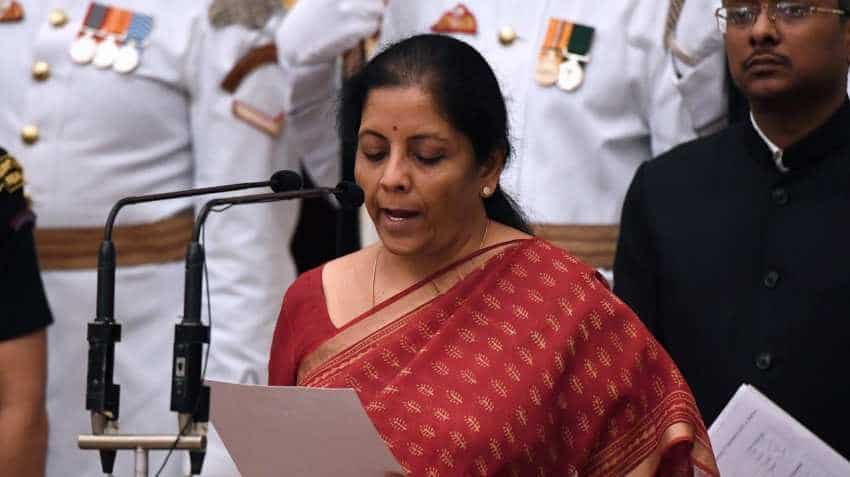 Many are eyeing various tax rebates both in personal and corporate taxes this budget. Photo: Reuters
Written By: ZeeBiz WebTeam
RELATED NEWS

Finance Minister Nirmala Sitharaman will be presenting her first budget on July 5. While the interim Budget was presented earlier (February 01, 2019), this one will be a full budget and comes in the wake of Prime Minister Narendra Modi’s big win in the general elections. Many are eyeing various tax rebates both in personal and corporate taxes. While sectors like agriculture, NBFCs, power, metal, startups, fintechs and others are also hoping for some good news.
That said, the banking sector too is hoping for some developments in regards to recapitalization, stressed assets, investments and digital transformations.

Talking to Zee Business Online, S.Sridhar who is currently the Chairman of the IMC BFSI Committee, and a banker for over four decades working in State Bank of India , Export Import Bank of India, National Housing Bank( NHB)  and Central Bank of India (CBOI), pointed out some key expectations of banking and NBFCs as well.

Beginning with recapitalisation, Sridhar says, “Recapitalisation of PSBs in a cash neutral manner as done in the past so that the fiscal is not affected except to the extent of payment of interest on the recap bonds. Allocation of the capital to different PSBs will be to incentivize the performers, particularly those who are willing to lend.”
Going forward, Sridhar outlined few possible merger announcements as well during this budget. They are:

Sridhar also took a note of bank deposits. He said, “Enhance deposit insurance ceiling to Rs 5 lakh or so from existing Rs 1 lakh as a prelude to reintroduce FDRI Bill in Parliament.”

Also, revival with modifications of old schemes for exporters such as LIBOR linked funding with the cap on bank spreads, liberalization of ECB for net forex earners this budget, Sridhar adds.

Finally, Sridhar concluded by stating that incentives for digital payments and digital banking are also in the expectations list.