The development comes as the states' transport ministers visited the central bus depot of Vadodara earlier this month. 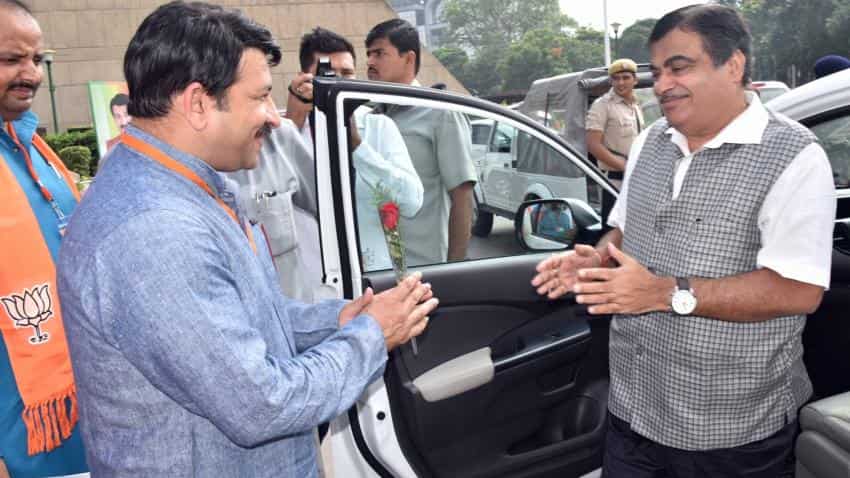 The Centre is ready to partially fund modern bus terminals to be set up by states, Union Minister Nitin Gadkari has said amid holistic efforts to further promote public transport.

The development comes as the states' transport ministers visited the central bus depot of Vadodara earlier this month. The bus depot is termed the country's first international standard bus terminal.

"The country can have 2,000 to 2,500 bus ports. States have land and they can build world class bus terminals on PPP (public private partnership) mode. For designing, modelling and supervision etc we have offered them to bear 3.5% of the cost which can be raised by one per cent," Road Transport, Highways, Shipping and Water Resources Minister Gadkari told PTI.

Vadodara, Ahmedabad, Surat bus terminals can be replicated in the entire country that needs public transport to check spurt in vehicles, the minister said. The response from the states has been positive, he said.

On September 19, the transport ministers were taken on a guided tour of the Vadodara bus terminal and the Vadodara automated driving testing track to help them get a first-hand account of their modern facilities so that they can be replicated in other states.

The ministers were also shown a presentation on London Transport Authority model.

Gadkari said talks are also on with World Bank and Asian Development Bank (ADB) to help India replicate the London Transport Authority Model where all the public transport buses could be replaced by luxury ones and a common man can travel in them by paying about 40% less than the current fare.

Stressing the need to curb the spurt of vehicles on roads, Gadkari said: "We have automobile growth of 22 per cent in the country. If the growth continues like this we will have to create one NH lane every third year for this."

He said for adding one lane of national highway, the country will have to incur a huge Rs 80,000 crore which is not feasible.

The only solution is to promote public transportation and that too on alternative fuel like methanol, ethanol or electricity.

"New technologies should be preferred. Public transportation on electricity is one option. We are brining even good technology for state barriers and toll plazas. Rs 1 lakh crore of the country can be saved if vehicles are not required to stop at toll plazas," he said.

The minister said the government is planning separate policies for transportation in rural, urban and metropolitan cities.

"We are also exploring the possibilities of double decker air conditioned buses between metros and other cities like Delhi to Kanpur and Delhi to Lucknow. This will reduce traffic of cars," he said.

Also if states agree, the Centre can facilitate entire bus fleets on ethanol, bio CNG and other bio fuel besides electricity as at least 1 lakh buses are needed, he said adding "cheap finance will be available to them."

"If states agree, we can be facilitators and supporters. I have told them I do not want to infringe on your rights," the minister said.

Besides, he said a committee is looking into permit issues as there were variations in permit fee in states.

The stress is also on creating about 2,000 driving training centres across the country as India has a shortage of 22 lakh drivers, he said.