Cabinet decisions: Javadekar told the mediapersons that the Union Cabinet has approved Sugar export policy for evacuation of surplus stocks during sugar season 2019-20; nearly 60 lakh tonnes sugar to be exported in this financial year. 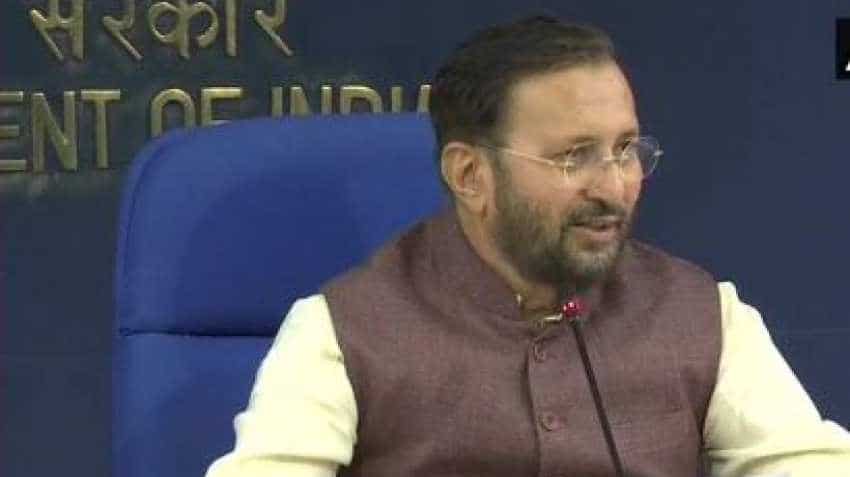 The Union Cabinet, presided over by Prime Minister Narendra Modi, today took several decisions. Giving information about the key decisions, Union Minister Prakash Javadekar said the Cabinet has approved 75 new medical colleges, to be established by 2021-22. He said the move is to add 15,700 MBBS seats in the country.

Javadekar told the mediapersons, "Under the chairmanship of Prime Minister Narendra Modi, we took several important decisions today. One of the decision was to approve 75 new medical colleges. It will cost around Rs 24 thousand crores and create an additional 15 thousand new seats in MBBS," adding that "these institutes will be set up in under-served areas where there are no medical colleges."

"In the last five years, over 45 thousand new seats have been created in MBBS and PG. This is the biggest ever expansion of medical education facilities throughout the world," Javadekar said. 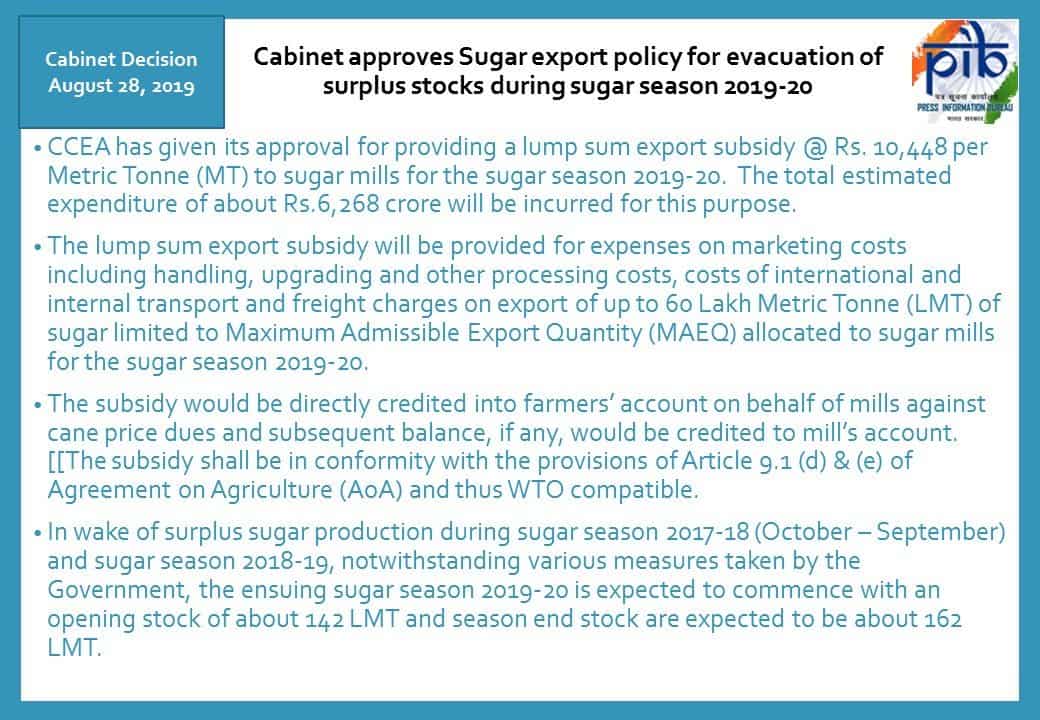 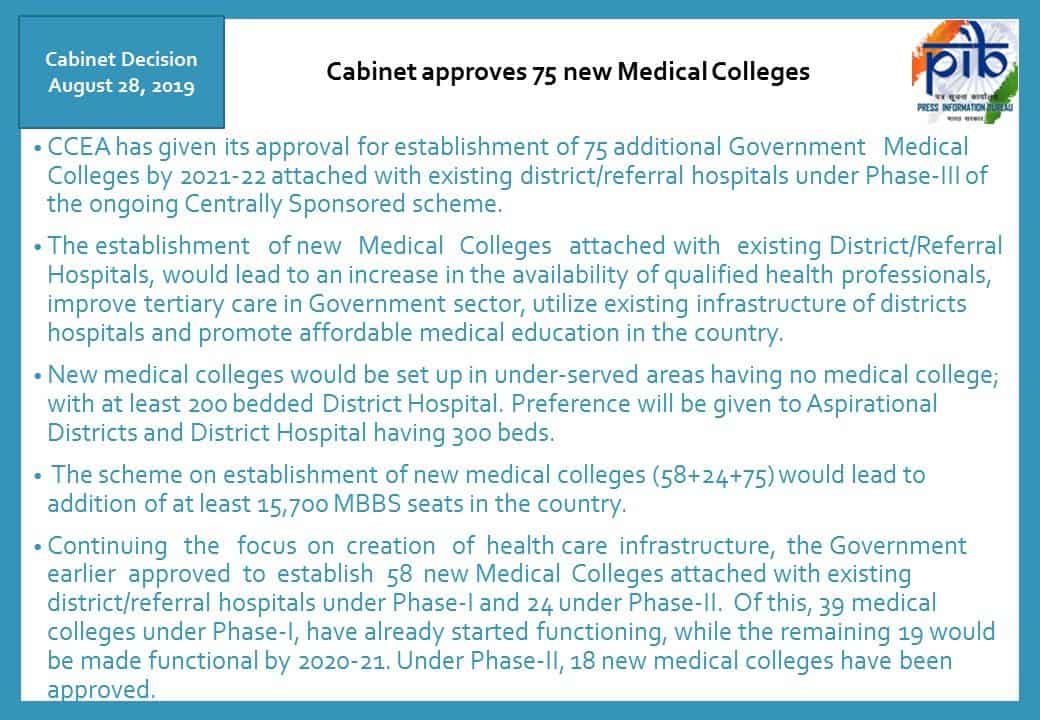 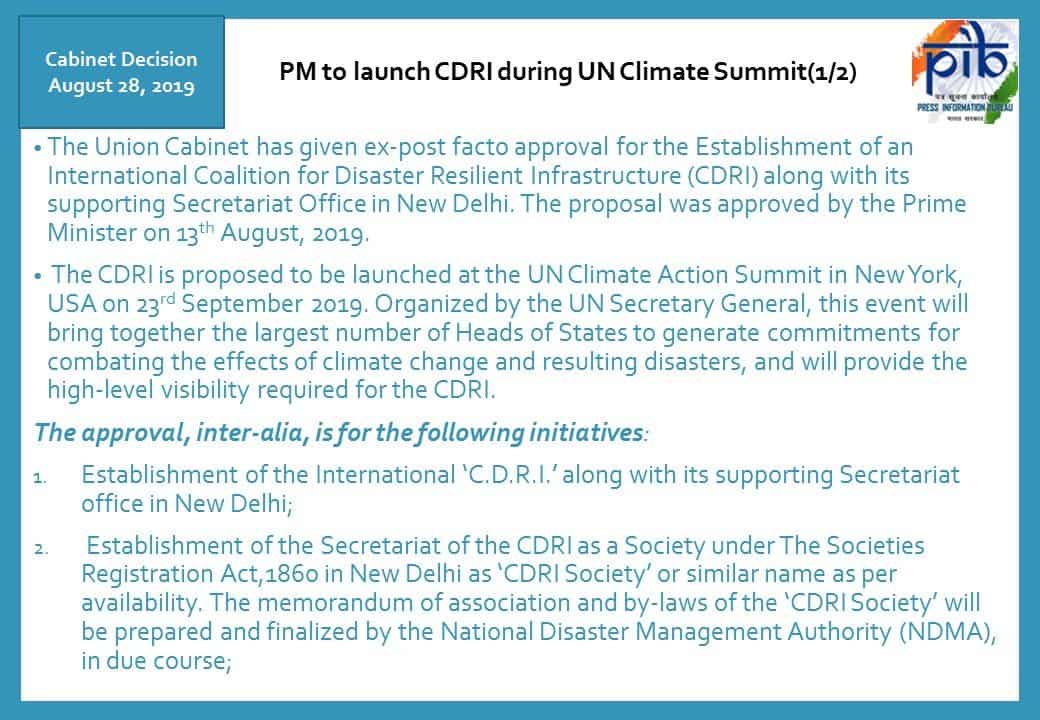 The cabinet also approved Sugar export policy for evacuation of surplus stocks during sugar season 2019-20; nearly 60 lakh tonnes sugar to be exported in this financial year.

Further, the Cabinet approved Establishment of an International Coalition for Disaster Resilient Infrastructure (CDRI). The Prime Minister will launch CDRI during UN Climate Summit in New York on 23rd September 2019.