The proposed bad bank or NARCL will pay up to 15 per cent of the agreed value for the loans in cash and the remaining 85 per cent would be government-guaranteed security receipts. 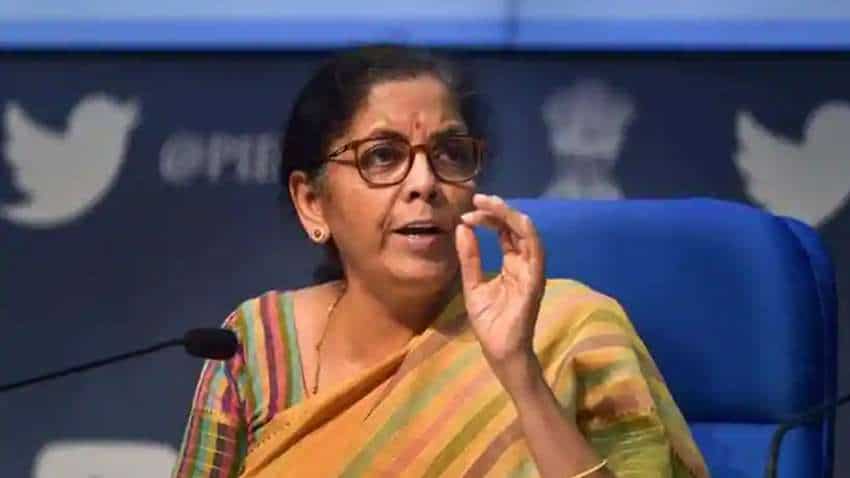 The government guarantee would be invoked if there is loss against the threshold value.
Written By: Prashant Singh
RELATED NEWS

In a major development, the Union Cabinet has cleared a proposal to provide Rs 30,600 crore government guarantee for security receipts issued by the National Asset Reconstruction Company (NARCL) as part of resolution of bad loans. The development was confirmed by Finance Minister Nirmala Sitharaman said on Thursday in a press conference.

The proposed bad bank or NARCL will pay up to 15 per cent of the agreed value for the loans in cash and the remaining 85 per cent would be government-guaranteed security receipts. The government guarantee would be invoked if there is loss against the threshold value.

Briefing reporters on the decision, she said banks have recovered Rs 5.01 lakh crore of unpaid loans in the last six years. Of this, Rs 3.1 lakh crore has been recovered since March 2018.

"n 2015, an asset quality review of banks had happened, this review revealed a high incidence of Non-Performing Assets (NPAs)," she added.

Further, Finance Minister Nirmala Sitharaman said, "Along with National Asset Reconstruction Company Ltd, we are also setting up an India Debt Resolution Company Limited. PSBs will have 51% ownership in NARCL, while PSBs and public financial institutions will have a maximum of 49% stake."

Addressing the press conference, Finance Minister Nirmala Sitharaman informed, "In 2018, just two out of 21 public sector banks were profitable. But in 2021, only two banks reported losses."

Dr. VK Vijayakumar, Chief Investment Strategist at Geojit Financial Services, said, "The bad bank idea has been a point of discussion and debate in India for many years. But  now the idea has been operationalised with FM Nirmala Sitaraman laying down the road map for the National Asset Reconstruction Company to take off. The NARC that takes over the bad debts of the banks will be given government guarantee to issue Rs 30600 cr of security receipts. The banks will get 15 percent as cash and 85 percent as security receipts. Since the banks will remove these NPAs from their balance sheets, they can focus on lending activities that can help trigger a fresh round of credit off take that the economy badly needs. The FM's confirmation that Rs 5 lakh cr has already been recovered during the last 5 years is a positive signal that the burden will not be as high as initially feared. Nirmala Sitaraman's track record as a reformist finance minister has been further reinforced with this NARC announcement."

Jyoti Prakash Gadia, Managing Director, Resurgent India, said, "The announcement for Rs 30600 crore guarantees to backstop the proposed Security receipt to be issued under The NACRL framework is a significant step that will facilitate the Banks to take speedy decisions and the security provided will positively maintain the strength of Bank balance sheets. In the absence of the guarantee, the banks would have been required to make higher provisions. It is going to create a win-win situation for all stakeholders. Ideally speaking the amount of this guarantee should have been still higher looking at the total quantum of large NPA’s but, apparently fiscal constraints of the government come in the way as these guarantees are contingent liabilities, ultimately a burden on the govt. finances."

Aprajita Saxena, Research Analyst, Trustline Securities, said, "Today, Finance Minister Nirmala Sitharaman announced setting up of a National Asset Reconstruction Company Limited (NARCL) or Bad Bank. It is anticipated that bad bank is likely to take over Rs. 80,000+ crores in the first phase. NARCL would pay up to 15% of the loan amount as cash and remaining 85% would be paid in the form of government guaranteed security receipts. These security receipts would be tradable in the secondary markets and would infuse much needed liquidity in banking system. This bad bank will take over the existing toxic debts of banks and dispose them off to realize value locked in these assets. So, it will definitely improve balance sheet of lead lenders as well as providing some incremental cashflows to them as well. Banking Stocks for instance, SBI, PNB, Union bank of India, Yes bank, Indusind Bank are few beneficiary and will be on radar. For investors, It is not recommend to immediately buy banking stocks but to wait  and time any fresh entry albeit buy quality large-cap banks stocks only right now."