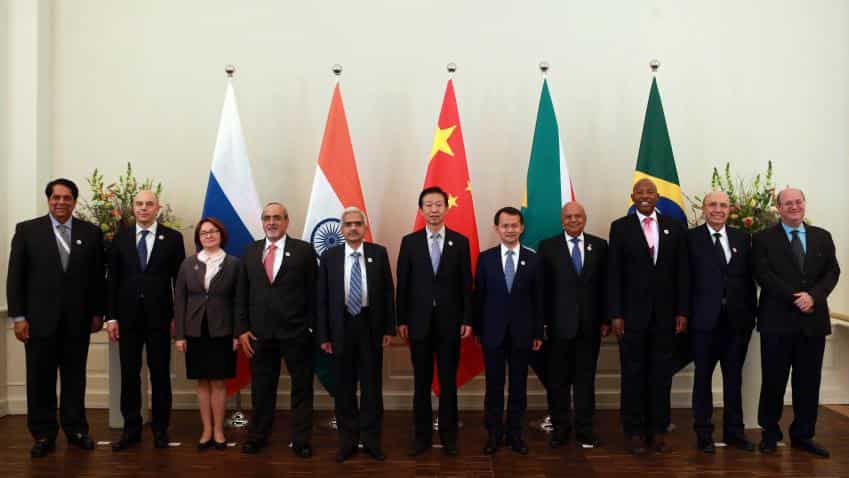 The New Development Bank set up by the BRICS group of major emerging economies plans to raise up to $500 million via rupee-denominated masala bonds in the second half of the year, the bank's president, K V Kamath, said on Thursday.

The BRICS - Brazil, Russia, India, China and South Africa - agreed to create the infrastructure-focussed lender in July 2014 as an alternative to the World Bank. The bank was officially launched a year later.

"We would be ready with the masala bond in local currency in the second half," Kamath told Reuters in an interview in New Delhi. "Thereafter, in sequence, we will look at the other markets as opportunities open up."

A masala bond is one issued outside India but denominated in Indian rupees.

Headquartered in Shanghai, the New Development Bank is seen as the first major achievement of the BRICS countries since they got together in 2009 to press for a bigger say in the global financial order created by Western powers after World War Two.

However, the establishment of the China-led Asian Infrastructure Investment Bank (AIIB) has raised questions about the New Development Bank`s relevance, with some commentators casting doubts about Beijing`s commitment to the lender.

Kamath played down those concerns, saying the bank was growing as per its schedule.

"We feel most welcome in our host country. We have received the utmost support from China in getting where we are," he said.

"We are growing at the utmost speed that is possible .. We are not finding any constraint."

The creation of the New Development Bank was aimed at addressing a massive infrastructure funding gap in the member countries, which account for almost half the world`s population and about one-fifth of global economic output.

The bank, which was founded with an initial authorised capital of $100 billion, started lending last year, funding seven projects worth $1.5 billion.

This year, it plans to fund 15 infrastructure projects in member countries worth up to $3 billion, said Kamath, who ran India`s ICICI Bank Ltd from 1996 until 2009.

"We concentrated on building up foundations in the first two years. That task is now complete," said Kamath said.

"As we go along, we will scale up this year what we started last year."