Besides green projects, Zhu said that NDB will finance other infrastructure projects as well. 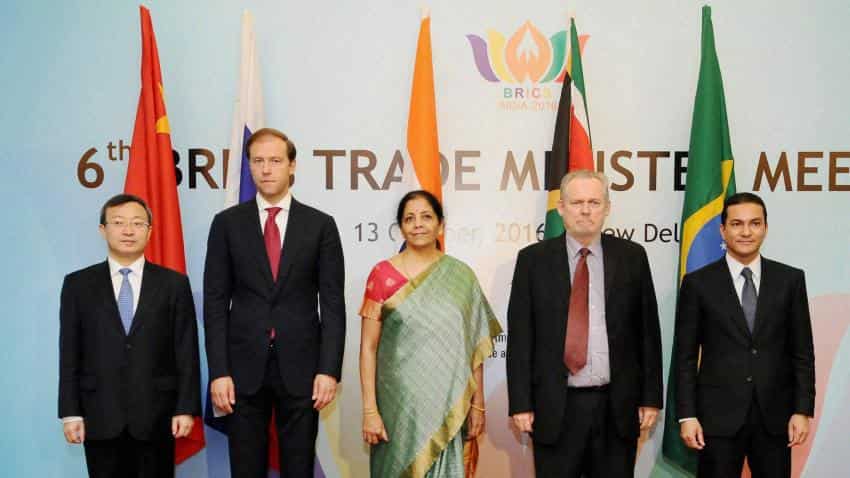 The bank was looking at initiating discussions with the private sector to develop PPP model at the global level for projects. Photo: PTI

The New Development Bank (NDB), which was established in July 2014, to extend loans initially to its five founding members Brazil, Russia, India, China and South Africa, is set to offer long-term funding to other emerging economies that have a shared economic development philosophy.

Addressing a special session, Zhu said that the primary objective of the bank is to fund infrastructure and renewable energy projects and meet the aspirations of people through sustainable and green development. The focus of the bank is to address the increasingly huge demands being placed on infrastructural financing in view of the low growth rate in the BRICS member countries.

He added that NDB was established to alleviate the problem of securing long-term development financing.

"The bank was looking at initiating discussions with the private sector to develop PPP model at the global level for projects. The bank's idea is to leverage financial resources and fund long term infrastructure projects. NDB aspires to bring about innovative funding mechanisms and wants to emerge as a business institution which is faster in its processes, more responsive, client-oriented and result-oriented," said Zhu.

"NDB is open to finance non-BRICS member countries as well which are members in the United Nations. NDB is ready to welcome non-BRICS emerging economies to avail long term financing. The bank wants to play a constructive role in developing economies," added Zhu.

He said that all the BRICS countries have made their first tranche of paid-in capital, on time and in full. To reduce exchange-rate risks on borrowings, the bank has started extending loans in domestic currencies.

This is particularly important as developing countries struggle with high interest rates that are pegged to the dollar, leading to spiraling debt.

Zhu said that NDB's vision is not restricted to funding infrastructure requirements but envisages building a knowledge sharing platform among the developing countries and promote sustainable development.

He added that NDB will also allow the BRICS economies to integrate and facilitate trade and investment by creating opportunities for development of the BRICS countries.