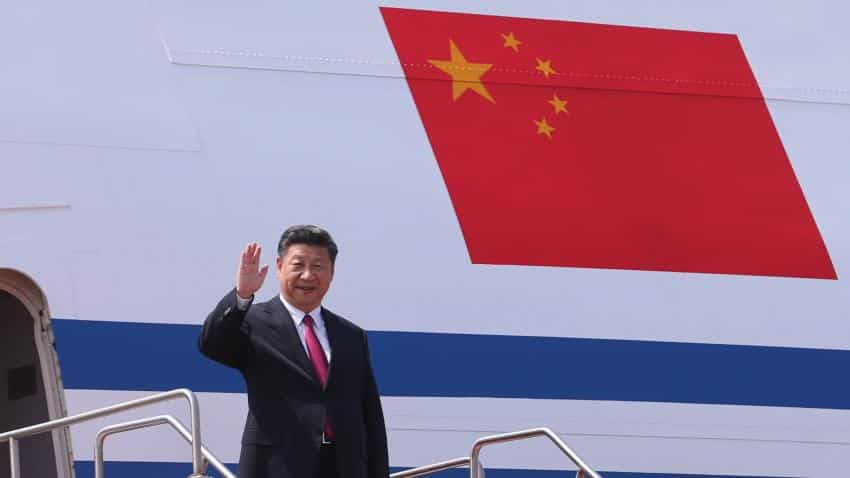 Chinese President Xi Jinping arrived in Goa on Saturday to participate in the five-nation BRICS Summit and BIMSTEC outreach meet.

Xi was received by Minister of State for External Affairs V K Singh at IS Hansa base located near Dabolim airport, 15 kms away from the Summit venue in South Goa.

Artistes performed various Indian dances depicting the rich culture of the country as Jinping walked down the red carpet.

India is delighted to host President Xi Jinping for the @BRICS2016 Summit. May his visit further strengthen India-China relations.

A range of key bilateral and international issues including ways to tackle threat of terrorism besides security situation in the region are also likely to figure in the talks on the sidelines of the BRICS summit.

Noting that the Goa summit shows continued progress of cooperation between the five countries, Chinese official media on Saturday decried West's "bad mouthing" of BRICS and said disagreements among members are "minor" and cooperation is the norm.

"Since the establishment of BRICS, speculations of disunity among the countries and decline in their power have emerged one after another. However, the truth is that cooperation among the countries has continued to be strengthened and institutionalised," state-run Global Times said on the BRICS summit.

Russian President Vladimir Putin, South African President Jacob Zuma and Brazilian President Michel Temer are in Goa to take part in the BRICS Summit from Sunday which will be followed by the first-ever BRICS-BIMSTEC Outreach Summit.